‘I found a joke about my disability neither cute nor funny’ 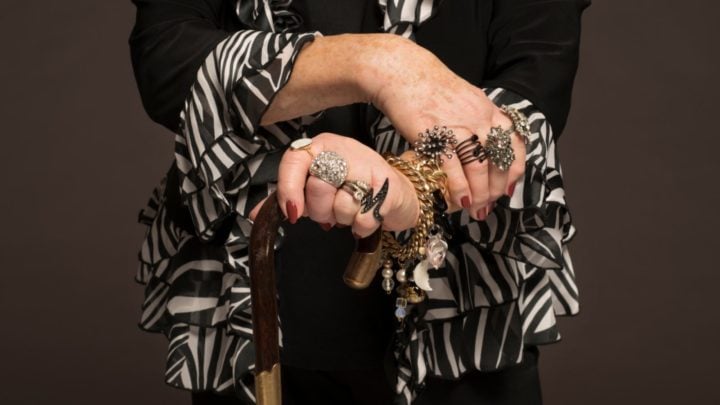 "If I had known about the tradition beforehand, I would have taken a seat right next to our host -- fewer steps for me and less clapping for you!" Source: Getty Images

Recently, I attended an event where I was to be one of the guest speakers. I had been looking forward to it. I was a bit nervous as I took my seat in the room, but mostly I was excited. There were about 200 people in attendance — men and women of all ages and races. Many people had brought their children or other family members. The atmosphere was friendly and comfortable — all of us bound by a common interest.

As always, I searched for a seat that fit my needs. I chose one on the aisle, a few rows from the front, carefully placed my cane under the seat and adjusted the support I use for my back. It takes a bit of time for me to get settled, so I arrive early. I want to be sure I can exit without disturbing anyone, step aside so others can easily move in and out of their seats and generally attract as little attention as possible given my physical awkwardness.

It has taken several months for me to figure out the best way to be part of an audience without disturbing them, or feel embarrassed by my slow, sometimes clumsy efforts to be seated. At first, when my mobility issues became more serious, I stayed away from public places, missing the friends and activities I have enjoyed for so many years. Finally, I resolved to set aside my insecurities and get back out into the world, even though it takes a lot of planning and effort to do it. I don’t intend to stop.

On that Sunday night I took my seat. There were 24 speakers on the program. Each of us would be reading our own work — two to eight minutes long. I was number nine on the list

“We have a tradition,” I heard the moderator of the program say into the microphone. He laughed. “You have to keep applauding for as long as it takes the guest to get to the stage — no matter how long it takes”!

My heart skipped a beat. My stomach churned. My face turned red. The applause continued sporadically, the host pumping his arms high above his head and clapping his hands in an exaggerated manner like the mad conductor of a reluctant orchestra. The sound was no longer spontaneous. It was the sound of an awkward, forced welcome.

After what seemed like forever, I stepped up to the podium. I felt exposed, vulnerable and different. “Well,” I said with a laugh. “If I had known about the tradition beforehand, I would have taken a seat right next to our host — fewer steps for me and less clapping for you!” They laughed. I took a breath and began my presentation.

It went smoothly. The reception was warm and appreciative. I saw smiles and nods of acknowledgement. I was connecting. It was all I had hoped for and more.

I returned to my seat. It was as slow a process as before. But I did not let it bother me — at least I did not show that it did.

The evening continued. It had been a success. After it concluded, many of us stayed to chat, exchange email addresses and have a drink.

I returned to my room, tired and uneasy. I had envisioned myself feeling satisfied and enjoying the moment. But I was not. I was angry, hurt and disappointed.

I realised to my chagrin that I had been ambushed by thoughtlessness! Even worse — by ignorance. A man who should have known better. A publisher, editor, author and disability advocate who speaks nationally and writes beautifully and often about his own disability and the challenges it has posed in his life. Somehow, he felt it was fine to make a joke of my disability, calling it out in a very public way. Why? Ageism? He is in his early 40s. Sexism? Would he have mocked a man in the same way? Or simply the inability or lack of interest to connect to another human being with compassion or empathy.

I don’t know the answer. What I do know is that everyday there are those among us who find ourselves the butt of ugly jokes. I know that so many people who are disabled or just getting slower as they age, are the recipients of hurtful, mocking comments, be they intentional or not.

I have developed a thick skin, so my night is a pleasant memory and I am proud that I was part of the evening. Yet not everyone is as thick skinned as I am and many choose to withdraw. We lose their wisdom and experience, leadership and contributions, as well as their friendship.

We need, all of us, to raise awareness, educate the public and call out those who make jokes at the expense of others. We need to make it stop!

Have you ever been at the centre of hurtful, mocking comments? How have you responded? Do you find you’re getting slower as you get older?