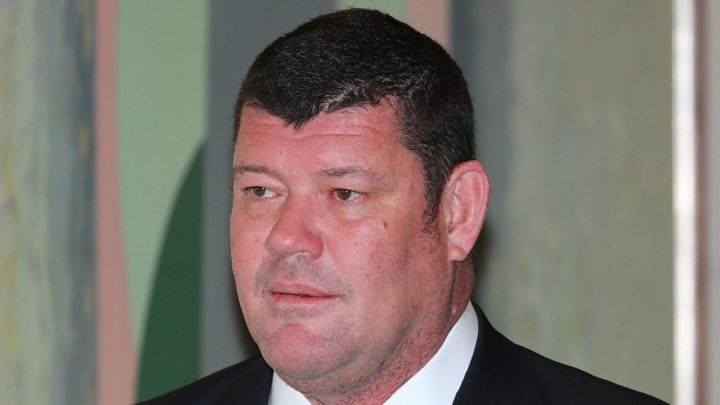 James Packer opened up on his weight gain in a new chat. Source: Getty.

He’s remained fairly tight-lipped throughout his recent business dealings, but James Packer has broken his silence and revealed how he now hopes to focus more on his health and weight.

The billionaire, 51, recently sold half his stake in Crown Resorts for $1.8 billion to Macau-based entertainment company Melco Resorts and Entertainment.

However, while it’s taken a lot of his focus recently, he’s insisted he’s now focusing on slimming down more than ever in an exclusive interview with the Australian Financial Review.

“I am going to spend the next three months in Europe and then I’ll be spending time in LA, Aspen and South America,” he told the news outlet.

“I’m terribly overweight and I have got to do something about that next. I have done that before and hopefully can begin to do it again. I am feeling better.”

While Packer has openly battled his weight in the past, even undergoing lap band surgery in 2011, he has more recently been focused on his mental health after resigning from Crown.

He first sparked worldwide concern by sensationally quitting his business last year, with a spokesperson citing mental health reasons at the time.

“We have appreciated James’ contribution to the board and respect his decision to step down from his role as director at this time,” Crown’s executive chairman John Alexander said at the time.

But a spokesman for Packer’s private investment company Consolidated Press Holdings told the Australian that Packer was taking a step back from all commitments to focus on his mental health. “Mr Packer is suffering from mental health issues,” the spokesman said.

Meanwhile, the business mogul opened up to the Australian Financial Review about his decision to sell half of his stake – insisting having Melco as a strategic shareholder would make the company stronger.

“Crown has been a massive part of my life for the last 20 years and that absolutely remains the case today – my continuing Crown shareholding represents my single largest investment,” he added.

Packer insisted he remains interested in Crown, but now wants to “better diversify my investment portfolio”.

It’s been a tough few years for Packer, who split up with his wife Erica Baxter in 2013, then became embroiled in a multi-year battle with his sister Gretel in 2015 over the division of the family business empire.

Things didn’t improve in 2017, when Packer’s relationship with Mariah Carey, and their acrimonious split, attracted media attention around the world.

As of earlier this year, Packer remains ranked among the top 10 wealthiest people in the country, with a net worth estimated at $3.9 billion.

Have you battled weight gain in your life? How did you find ways of combatting it?