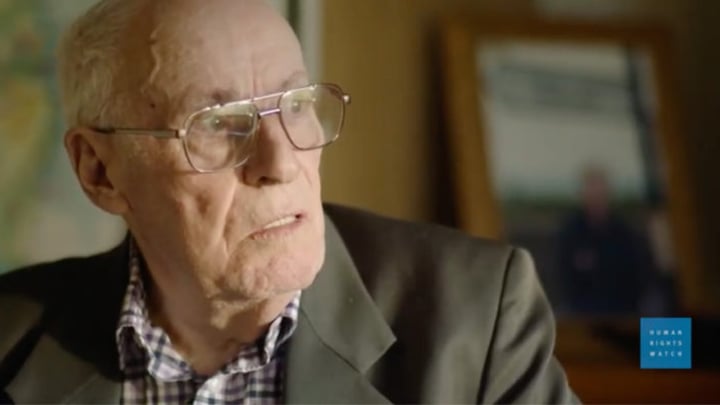 Dementia patients in aged care facilities across the country are being given dangerous medication without their consent in a bid to control their behaviour, a new report has revealed. Instead of using positive interventions such as exercise and music, aged care workers are relying on sedatives and antipsychotic drugs to chemically restrain patients, despite there being no therapeutic value.

Chronic understaffing and inadequate training around dementia support have been blamed for the normalisation of chemical restraint in a new report released today by the Human Rights Watch, which claims it’s almost impossible for aged care workers to take an individualised approach when it comes to caring for those with the condition.

As part of the report, family members, doctors, nurses and advocates were interviewed about the processes in place in facilities throughout Queensland, Victoria and New South Wales, with 35 found to “routinely” sedate patients. In all three states, shocking cases of chemical restraint were revealed with some relatives of dementia patients even claiming they were unaware of the medications being given to their loved ones until they received pharmacy bills.

Ray Ekins is one of many Aussies who were prescribed Olanzapine – an antipsychotic which is prohibited for use in older people with dementia – while in an aged care facility. The 78-year-old and his family had not approved the use of the drug, and his daughter Susan only realised he was being given the dangerous medication when she checked his drug chart.

“Dad’s health declined for quite a while and we thought that was part of the disease,” she explained. “As we know that doesn’t happen for some people. They have a medical crisis and then they go down hill. But that wasn’t actually the trouble for dad.”

Susan said her father’s health quickly declined, with Ray becoming depressed and unable to walk or talk. He even spoke of suicide. Following this, the family transferred him to a different facility and slowly weaned him off the medication that was causing him so much harm. Thankfully, Ray is now in better health with Susan explaining “the spirit of my dad is back”.

According to the report, studies have found that antipsychotic drugs actually increase the risk of death in the elderly with dementia. In fact, the Australian Government hasn’t even approved some of the medications that are currently being used throughout the country.

The Human Rights Watch described the handing out of dangerous medication to dementia patients as a violation of rights, saying it violates human dignity, bodily integrity and equality. Instead of using medication as a source of treatment, they suggested the use of positive interventions, such as exercise and music, as an alternative.

The organisation also called for changes to legislation and a strict ban on chemical restraint in aged care facilities throughout Australia. It also recommended increasing staffing numbers – which has been a key focus of the ongoing Royal Commission into Aged Care Quality and Safety – along with adequate training for those who care for dementia patients.

“The government should develop support and interventions, including person-centred care, for persons experiencing agitation, emotional distress, or challenging behaviours in aged care facilities,” the report said.

“Any new law should also ensure informed consent for all treatments and ensure independent monitoring and effective, accessible, independent complaint mechanisms, including for all individuals in aged care facilities and their families.”

Do you have a loved one with dementia currently in aged care? What do you think needs to be done to ensure their health and safety?