Ross Walker: Our sense of smell may indicate our risk of serious disease 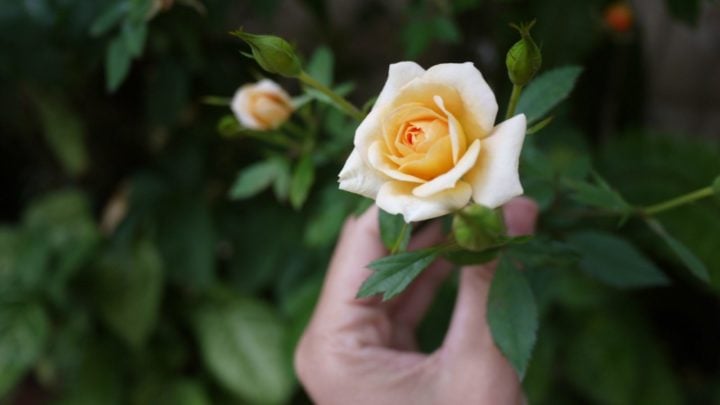 Our sense of smell can tell us more about our health than previously thought. Source: Pexels

Although our sense of smell is vital for existence, it is often not mentioned as a part of good or bad health. With an acute sense of smell, we can appreciate the extraordinary aromas of the variety of foods and fluid we enjoy, the sweet smell of flowers and particular perfumes, not to mention the pheromones which can lead to attraction or repulsion depending on your own personal biology.

Then there are the noxious smells which are very powerful and at times, may lead to death. Being able to detect these noxious smells allows us to immediately vacate the area in which they emanate, potentially saving our life.

But, it also appears that the sense of smell may be an indication of good or bad health. A recent study released in the Annals of Internal Medicine examined 2,289 adults aged between 71 to 82 using a technique known as the Brief Smell Identification Test (BSIT) and rated people as to whether they can detect different odours. They were rated as good, moderate or poor sense of smell and then were followed up for 13 years. 1,211 participants in the study died during the 13-year follow-up period, which is not particularly surprising as this was an older age group.

The study showed that a poor sense of smell was higher in males, the black population, cigarette smokers or heavy consumers of alcohol. There was a strong association between poor sense of smell and Dementia, Parkinson’s disease, chronic kidney disease and depression. There was, however, no relation to cancer, hypertension or diabetes. It was suggested that a deteriorating sense of smell can be either age-related with the general deterioration of olfactory neurons as we age, post viral, related to head trauma or the typically ubiquitous genetic abnormalities that determine many characteristics in our body. The study basically said that those participants with the poorest sense of smell compared with those who had a good sense of smell had a 46 per cent increased death rate at 10 years into the study.

Interestingly, the participants rated their health at the start of the study and those that stated they had good health had even worse results, with a poor sense of smell increasing the death risk at 10 years to 62 per cent.

Although it was no great explanation as to why a poor sense of smell was associated with poor health. One explanation given was that an impaired sense of smell led to reduced enjoyment of food and subsequent weight loss. A number of studies have demonstrated that as we age people in the lower weight range i.e. a BMI from 20 to 25 have the same death rates as people with a BMI from 30 to 35, i.e. grade one obesity. Interestingly, the healthiest BMI for people over the age of 50 has been deemed to be 25 to 30 which is considered overweight.

There is, however, some hope on the horizon from a recent study performed, albeit in mice, showing that particular types of stem cells, known as globose basal cells replace olfactory sensory neurones when given via nasal drops to a genetic mouse model where the mice were genetically primed to have a poor sense of smell.

Although this has not been trialled in humans as yet it certainly shows promise that such a simple technique as a nasal spray maybe to restore sense of smell. Unfortunately, these animal trials do take years before they are translated to humans but, it is still hope for the future.

So, the next time you’re taking in the wonderful aroma of a sweet smelling rose or the variety of your favourite wines, don’t take it for granted.

How would you rate your sense of smell these days? What’s your favourite scent?