From pneumonia to gum disease: The dangers of sleeping in unwashed sheets 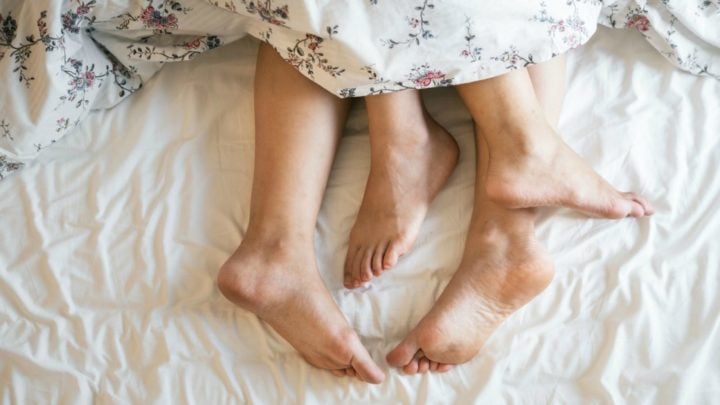 Bacteria can fester in bedsheets that aren't changed regularly and increase the risk of contracting serious health issues. Source: Pexels

There’s nothing better than getting into a nice warm bed with fresh sheets, but the frequency of how often bedding is cleaned changes from household to household.

Starts at 60 previously asked readers how often they cleaned their bedding and the results varied dramatically. Some said they washed their sheets and pillow cases every four days, while most said they cleaned them once a week. Some readers admitted to changing the sheets just once a month.

“There’s no need to wash sheets or pillowcases more than once a month,” one reader said, noting that if her hair, body and pyjamas were clean, her bed would be as well.

That reader isn’t alone, with research conducted by British bedding company Time4Sleep showing as many as 24 per cent of UK people wait up to four weeks before stripping their beds and putting fresh sheets on.

As part of the study, researchers followed a participant who slept in the same bed for 28 straight nights. They didn’t wash their bedsheets, pillow cases or doona cover and followed their regular routine for the duration of the trail.

Read more: Scientists reveal how often we need to change our bed sheets

After each week, swabs were taken from the pillow, the middle of the bed and the bottom of the bed. Bacteria from the clostridiales, bacteroidales, fusobacteriales, and neisseriales families were detected.

These bacteria originate not only on the human skin, but from the oral cavity and stools. Researchers explained that when skin comes in contact with bedding, the bacteria humans excrete and pick up in daily life are absorbed by bedsheets and pillows.

If the bacteria are left to fester for weeks, it can cause a “genuine threat” to health. Bacteroidales in particular can lead to serious health issues such as appendicitis, cellulitis and pneumonia, while fusobacterium can cause skin ulcers, Lemierre’s syndrome and even gum disease.

The study also found neisseriales – which originates in the gut – can lead to gonorrhoea and meningitis.

Meanwhile, it wasn’t just bacteria that caused concern, with mites, silverfish and other bugs known to flourish in dirty bedding. These can cause issues for those with allergies and may even trigger allergic reactions.

Shockingly, researchers also claim that leaving the same bedsheets on a bed for a month or longer will result in more bacteria than that found in the bed of a primate such as a chimpanzee. Failing to clean bedding regularly means people are literally sleeping in dead skin, sweat particles, hair and bacteria.

While it’s best to clean sheets at least once a week, researchers explain that people can push to two weeks before unhygienic bacteria begin to take over. Dirty laundry should also be washed above 70°C to ensure that all harmful bacteria are killed.

Read more: The surprising health benefits of not making your bed

How regularly do you clean your sheets? Do you know someone who leaves them for more than four weeks?