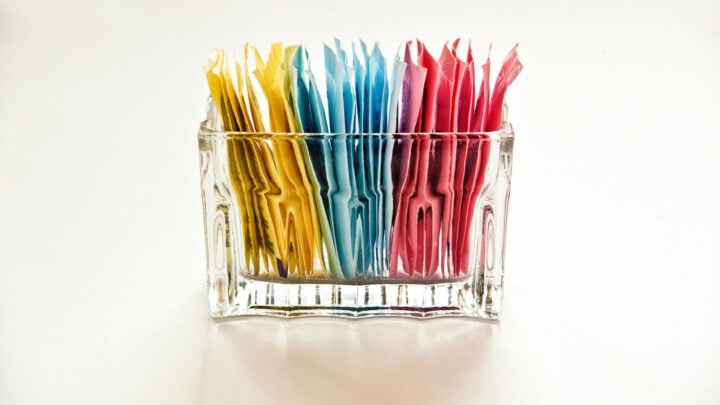 The study found that those who regularly consumed artificial sweeteners had a higher risk of developing cancer compared to those who did not consume the sweeteners, with higher risks observed for breast cancer and obesity-related cancers. Source: Getty

New research has revealed a correlation between artificial sweeteners and an increased risk of developing cancer.

The new study, released by the journal PLOS Medicine, investigated the association between artificial sweetener intake from the most commonly consumed supermarket sweeteners and the risk of cancer. The sweeteners examined included aspartame, acesulfame-K, and sucralose.

The study was conducted on 102,865 adults from the French population cohort NutriNet-Santé over a period of approximately 7.8 years (2009-2021) where the cohorts “dietary intakes and consumption of sweeteners were obtained by repeated 24-hour dietary records including brand names of industrial products.”

The adults were individually assessed for a large number of factors including their age, sex, education, physical activity, smoking, body mass index, height, weight gain during follow-up, diabetes, and family history of cancer among other factors which were used to identify accurate associations between sweeteners and cancer risk.

The study found that those who regularly consumed artificial sweeteners had a higher risk of developing cancer compared to those who did not consume the sweeteners, with higher risks observed for breast cancer and obesity-related cancers. Importantly, sweeteners including aspartame and acesulfame-K were found to correlate with increased cancer risk.

According to the research, those individuals who regularly consumed artificial sweeteners were at a 13 per cent higher risk of cancer than those who did not consume the products.

The study was conducted in an effort to create more evidence-based research to evaluate the correlation between artificial sweeteners and increased cancer risk. The safety of artificial sweeteners as an alternative to sugar has been long debated, however, the study reveals that robust epidemiological evidence remains lacking.

Co-authors of the study, Charlotte Debras and Mathilde Touvier, told Insider that the findings did not support the safe use of artificial sweeteners in replace of sugar.

“In line with official recommendations from several public health agencies, these findings do not support the use of artificial sweeteners as safe alternatives for sugar in foods or beverages,” they said.

As detailed in the study, “these results suggest that artificial sweeteners, used in many food and beverage brands worldwide, may represent a modifiable risk factor for cancer prevention” and “provide novel information in the context of the ongoing re-evaluation of food additive sweeteners by the European Food Safety Authority and other health agencies globally.”

Do you regularly consume artificial sweeteners?