Sleep apnoea could lead to increased risk of cancer in women: Study 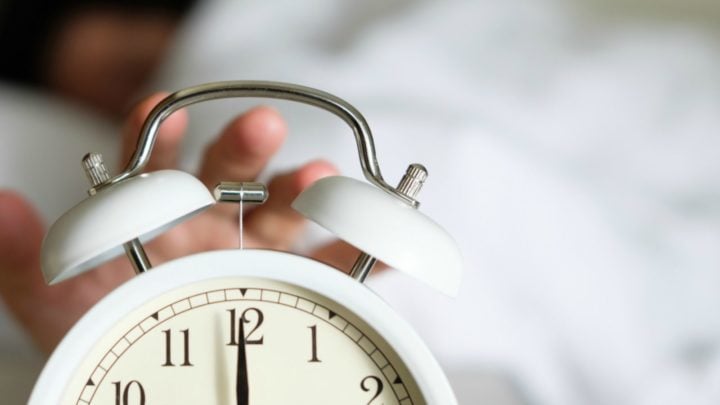 Struggling to get a restful night’s sleep is a common issue for people right around the world, particularly as they get older, but a new study has now linked obstructive sleep apnoea (OSA) with an increased risk of cancer in women.

The condition impacts a person’s airways and interrupts normal breathing throughout the night, causing a lack of oxygen to enter the body. In most cases, the muscles and soft tissues in the throat relax and cause a blockage, meaning there are periods of time where the person isn’t breathing. Sufferers may snore a lot and wake up regularly throughout the night.

Sleep apnoea affects approximately 20 per cent of women and 35 per cent of men and the problem can get worse as people get older.

Now Greek scientists have analysed data from 19,000 people, included in the European Sleep Apnoea Database (ESADA), to try to determine if there’s a link between OSA and cancer.

The new research, published in the European Respiratory Journal, found that people whose airways close during sleep – leading to blood oxygen levels dropping below 90 per cent – are more likely to be diagnosed with cancer.

Meanwhile, it also found that women with OSA were at greater risk of being diagnosed than men – even after age, body mass index (BMI), smoking status and alcohol consumption were taken into account.

Athanasia Pataka, lead researcher and assistant professor of respiratory medicine at Aristotle University, explained: “Recent studies have shown that low blood oxygen levels during the night and disrupted sleep, which are both common in OSA, may play an important role in the biology of different types of cancers. But this area of research is very new, and the effects of gender on the link between OSA and cancer have not been studied in detail before.”

While assessing the participants, researchers looked at how many times their airways partially or completely closed per hour of sleep, as well as how many times in the night their blood oxygen levels dropped below 90 per cent.

They found that 388 people had been diagnosed with a serious cancer, including 160 women and 228 men – with breast cancer the most common for women and prostate cancer for men.

When analysing the data again according to the participants’ sex, researchers found women with severe OSA and more severely lowered blood oxygen levels during sleep were more likely to be diagnosed with cancer than women without. However, the trend was not the same for men.

Pataka explained: “Our study of more than 19,000 people shows that severity of OSA is linked to a cancer diagnosis. This link was especially strong in the women that we analysed, and less so in the men, and suggests that severe OSA could be an indicator for cancer in women, though more research is needed to confirm these findings.

Read more: The causes, symptoms and cures of sleep apnoea

“Our study did not explicitly explore the causes of different cancers, but cancer may differ between men and women because of factors such as how hormones affect tumour growth; how the different types of cancer that were more prevalent in men and women are affected by low blood oxygen levels; or how gender specific exposure to cigarette smoking may play a role.”

She added that classic symptoms of OSA such as sleepiness, snoring and stopping breathing during the night are usually reported more frequently in men, but lesser known symptoms like fatigue, insomnia, depression and morning headaches are usually more common in women – meaning they may not know they’re suffering from OSA.

Researchers noted that the analysis didn’t account for other factors that may affect cancer risk, such as physical activity, marital status, education level and occupation. They also insisted the results can’t show that OSA causes an increased risk of cancer, only that there’s a link between the two.

Do you suffer from sleep apnoea?