Problems with memory? Sleep apnoea could make you forgetful 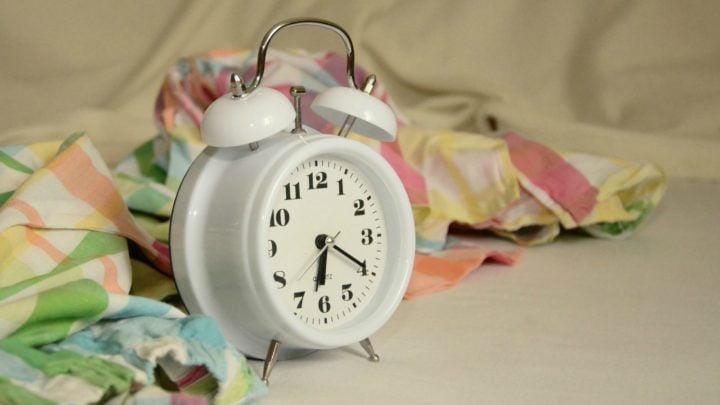 Getting a good night’s sleep is important for overall health, but sleep apnoea is a condition that impacts the airways and interrupts breathing throughout the night. Affecting more than 936 million people around the world, obstructive sleep apnoea (OSA) is the term given to the condition that causes muscles and soft tissues in the throat to relax and create a blockage, resulting in a lack of oxygen entering the body.

In addition to causing excessive daytime sleepiness, impaired concentration, irritability, headaches and mood swings, researchers now believe the sleep condition could actually create gaps in life memory. Until now, researchers have known obstructive sleep apnoea can cause memory problems and depression, but there has been little information on how these side effects are connection with the development of the disease.

Led by researchers from the RMIT University, the new study analysed how sleep apnoea impacts autobiographical memory and discovered those with untreated OSA have problems recalling specific details about their lives.

“We know that overly general autobiographical memories – where people don’t remember many specific details of life events – are associated with the development of persistent depression,” lead investigator Melinda Jackson said in a study. “Our study suggests sleep apnoea may impair the brain’s capacity to either encode or consolidate certain types of life memories, which makes it hard for people to recall details from the past.”

At present, OSA impacts around 30 per cent of older people in Australia and a quarter of all men over the age of 30.

“Sleep apnoea is also a significant risk factor for depression so if we can better understand the neurobiological mechanisms at work, we have a chance to improve the mental health of millions of people,” Jackson explained.

The study analysed 44 adults with untreated OSA and 44 healthy controls, comparing the recall of different types of autobiographical memories from childhood to early adult life and recent life.

People with OSA had significantly more overgeneral memories, sitting at 52.3 per cent compared with 18.0 per cent of the control group, which means that while they may struggle to recall specific memories, instead recalling general memories, such as repeated events.

The research also analysed a person’s ability to recall facts and concepts of their personal history such as names of school teachers (known as semantic memory), as well as events of episodes such as the first day of high school (known as episodic memory).

Those with OSA struggled with semantic memory, but their episodic memory was preserved, leading research to conclude that this is likely related to their fragmented sleeping patterns. Previous studies have shown good sleep is vital for the consolidation of semantic autobiographical memory.

Read more: The causes, symptoms and cures of sleep apnoea

Researchers found that in both groups, being older was linked with a higher number of overgeneral autobiographical memories and higher depression was associated with having worse semantic memory. Further studies need to be conducted for researchers to better understand the link between OSA and memory.

“Brain scans of people with sleep apnoea show they have a significant loss of grey matter from regions that overlap with the autobiographic memory network,” Jackson said. “We need to look at whether there’s been a shared neurobiological mechanism at work – that is, does the dysfunction of that network lead to both depression and memory problems in people with sleep apnoea?”

For many with OSA, CPAP machines that deliver positive air pressure into the airway have been shown to improve some of the cognitive impairments associated with the condition. The next step for researchers is to determine whether successful treatment of sleep apnoea can also help counter memory issues or even restore memories that have been lost.”

Do you know someone who has been impacted by sleep apnoea? Do they struggle to remember things?