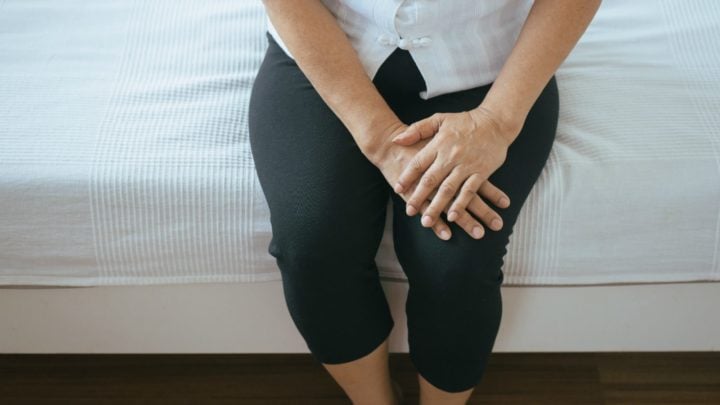 If you regularly experience an uncomfortable sensation in your legs when you’re resting or trying to go to sleep you may be part of the 5-10 per cent of the population living with restless leg syndrome (RLS).

Although experts are yet to determine the exact reasons behind RLS, the common rule of thought is that it’s a neurological disorder. Typically, people living with RLS will experience an unpleasant sensation in their legs, usually at night, which causes them to want to move their legs to relieve the feeling. While some people experience cramps or aches, others may notice tingling, burning or throbbing in their legs that only goes away when they move their leg.

Because RLS is more common at night it can have a huge impact on peoples’ ability to fall asleep and have an uninterrupted night’s sleep, which can have knock-on effects that negatively impact health in other ways (research has shown that poor sleep quality can lead to weight gain, memory problems and high blood pressure). RLS can also manifest when people are immobile for long periods of time, such as when they’re lying on the couch and sitting during movies or plane rides.

Brendon Yee – Sleep and Respiratory Physician at the Woolcock Institute of Medical Research – spoke to Starts at 60 about the disorder and what options are available for people who struggle to sleep because of it.

While restless leg syndrome is thought to be a neurological disorder, the exact cause isn’t known. Researchers do know that genetics plays a role with those who have a family history of RLS making up 50 per cent of cases. Other causes are believed to be iron deficiency, late stage renal disease, certain medications, Parkinson’s disease and a chemical in the brain called dopamine that is used to help control muscle activity and movement.

“The best understanding of restless legs is it may be a problem with iron levels or dopamine transport within the brain,” Yee says.

“If you’ve got low iron levels you’re more at risk of getting restless legs,” Yee says. “If you replace the iron, your restless legs will improve.”

Read more: The causes and cures of painful leg cramps

What treatments are available?

There is a variety of medications to treat the condition, although results vary from patient to patient.

One of the most common and most effective treatments for RLS centers around raising dopamine levels in the brain to help with muscle control.

“About 80 per cent of patients usually get a response to it,” Yee says.

Medications that target dopamine levels in the brain include levodopa preparations, (Sinemet and Madopar) and dopamine agonists pergolide and cabergoline. While these drugs are effective for most patients they will actually make symptoms worse for others so usage should be carefully monitored by a doctor.

Because these medications can cause side effects including dry mouth, drowsiness, nausea or problems with memory, drug-free treatments may also be suggested.

“Not everyone needs to be on medications. That’s the most important thing,” Yee says. “There are non-drug treatments that may be helpful for people.”

For example, gentle exercise can be helpful in some cases, while wearing compression stockings to bed can help others. Yoga, tai chi or other activities that distract the mind may also work.

Medication is not the only way to prevent restless leg syndrome. Source: Pixabay Iron supplements may also be helpful, but Yee warns people against taking them if their iron levels are healthy.

“Sometimes if you take too much iron, that can be bad for you as well,” Yee says.

It’s important to consult a GP or health professional about the right dosage and to ensure the supplement doesn’t negatively interact with other medications or existing health conditions.

Who do I see about it?

If you’re living with RLS, don’t delay seeing someone about it. While RLS isn’t curable, symptoms can be managed and reduced through a treatment plan that’s tailored to individual needs.

It’s best to first speak with a GP and if further investigation is required, they may refer you to a sleep physician or neurologist. Make sure you describe your symptoms to them carefully and even consider documenting when symptoms arise and how often in the days leading up to your appointment. This may help your doctor establish the best types of treatment available for you.

“Like anything, it’s a proper clinical assessment to see how much the restless legs is the main problem and treating it will make a difference,” Yee says. “It’s important that they’re aware of this condition, because there are treatments for it.”

Have you or someone you know suffered from restless leg syndrome?