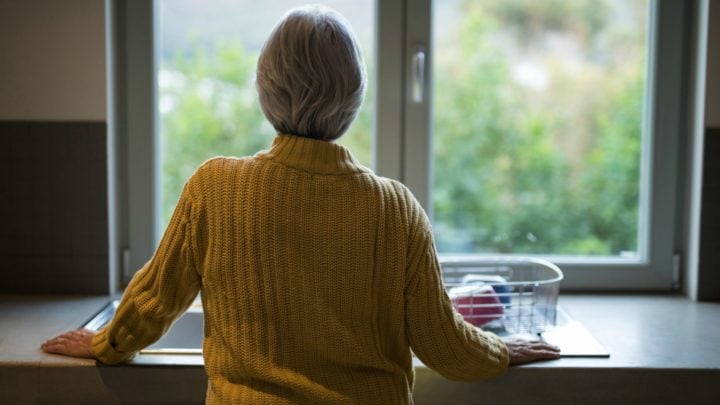 When people think about the biggest health issues facing Australians, chances are cancer, obesity and diabetes are what first come to mind. However, there is a more prevalent issue affecting 20 per cent of the population: chronic pain.

One in three people over the age of 65 is living with pain, including 80 per cent of people in aged care.

“It’s one of the leading causes of illness and disability in Australia and it’s one of the most common reasons people seek medical help,” Carol Bennett, Chief Executive Officer of Pain Australia, tells Starts at 60.”

Most people who seek medical help are getting a pharmacological response, with 68 per cent of GPs managing pain with prescriptions and medication. However, long-term use of medication is a growing issue around the world and opioid addiction has skyrocketed in the past decade. Additionally, numerous studies have shown that medication is not always the best way to treat chronic pain as it doesn’t address the root cause of the pain.

A 2018 study published in the Journal of the American Medical Association found opioids may only help slightly when it comes to treating non-cancer pain, but increase the risk of side effects including vomiting, drowsiness, constipation, dizziness, nausea, dry mouth and itching.

Many patients are also sent for surgery that fails to eliminate the pain. This is despite the fact that multidisciplinary care and allied health services such as psychology, nutrition, exercise and physiology remain the gold standard of pain management.

Don Firth, 66, knows all too well how hard it can be to manage pain, having been diagnosed with chronic back pain, genetic osteoarthritis and undergone a knee replacement. He was originally put on heavy painkillers but became addicted to opioids, resulting in him contemplating whether or not he still wanted to live.

It wasn’t until his grandchildren were born that he started seeking other ways of coping with the pain and completed several courses on pain management to better treat his condition.

“That has managed to get me off my opioid addiction, more or less. I have now certainly managed it for occasional usage for when I have flare-ups,” he says. “I have spent a great deal of money on supporting my body. Building a bathhouse, a spa, a proper hospital-type bed and some days I go really well and some days I don’t.”

He stays as physically and mentally active as possible and puts action plans into place when he anticipates a flare-up.

“If the pain is coming because I’m pumping bags of concrete, perhaps I have to point out to myself that, a, I shouldn’t have been, b, I should have taken some medicine to pre-empt that or I should pace myself,” he says. “The mantra word is pacing. If one’s got to 60, one’s done some pacing in life. By pacing I mean set out to do a task you know is going to be hard on you, but do it in several stages.”

Firth remains highly active and has many interests that keep him going. As well as being a grandfather, he’s a member of several choirs and believes having a meaningful life is key to not falling into a downward spiral.

“Just taking more drugs, which is a simple solution, when I was doing that, I discovered that I couldn’t wake up until 9:30am in the morning,” he recalls. “Now days I get up at 6am, crawl out of bed or whatever it is I have to do that day and go and have a spa for an hour. At the end of the spa my body is warmed and on the run then I’m pretty good for the rest of the day.”

Pain is often described as biopsychosocial because it has a physical, emotional and environmental element to it and Firth says speaking to a psychologist about the impact pain can have on mental health was incredibly helpful.

Kusal Goonewardena, Sports Physiotherapist at Elite Akademy and Starts at 60’s Active Living Coach, likens pain to a spectrum and explains there’s no easy fix for treating pain because it impacts people in different ways. For example, two people with the same chronic pain issue could experience very different levels of pain. Still, medication often fails to address the true root cause of the pain.

“There’s so much that’s done externally in the form of tablets or even if you’re wearing things like braces and things like that. It’s fine, but we need to address the cause,” Goonewardena says. “A lot of people think, ‘I’m going to take my tablets, I’m going to do bedrest, I’m not going to do any exercise at all’. That’s probably the worst thing.”

Instead, people should be moving their bodies to what they can tolerate, even if it is just 10 minutes of exercise a day.

“If they can only do five minutes, do five minutes because that’s what the body’s meant to do, move within tolerable levels of discomfort,” Goonewardena says.

While chronic pain can be attributed to other health conditions such as arthritis or migraines, it’s often non-specific, meaning there’s no identifiable cause. This makes the issue even more complex to treat and manage.

Around 80 per cent of the older patients Goonewardena treats suffer from low back pain, while problems with knees and shoulders are also common. Part of his job is motivating people to get more active and not to accept that pain is simply a problem they have to get used to. In fact, mindset is something that can help many patients turn away from medication and seek more natural treatments.

“I’m not talking about anxiety or stress or anything like that, it’s actually a mind set to never give up and say, ‘My GP who I’ve had for 30 years said I’ve got to live with it’ but I’m not going to accept that,” he says. “The other thing I recommend is wherever you go, within three sessions if you’re not getting a path to the solution for your pain or you’re not getting a proper program for your pain, then look for another professional.”

One Starts at 60 reader told us she suffers from chronic pain in her right leg and upper back after being involved in a car accident nine years ago which resulted in a fractured right femur, right foot, collar bone, shoulder blade, four ribs and three vertebrae. Although she underwent surgery, it didn’t fix her pain as her femur didn’t knit properly, resulting in the muscles around it becoming very painful.

“Some days I can hardly take a step, others I hardly limp,” she says.

Physiotherapy helped her walk again and move her arms, but so far nothing has worked in relieving her back pain. Similar to Firth, she also saw a psychologist for trauma, something that allowed her to understand the complexities of chronic pain and various ways of coping with it. She also takes low doses of painkillers to assist with pain management, but said it was a pain management course that really helped her out.

“My biggest help was a pain clinic run online by Macquarie University. To qualify for the course you had to have both chronic pain and anxiety,” she says. “The course looked at the nature of chronic pain and ways of dealing with it. And to a certain extent that is different for everyone. The main thing I took from the course was distraction and pacing.”

And, like Firth, she has activities in her life to distract her from pain including reading, socialising and crafts.

“Pace your physical exertions so you don’t wear yourself out and make the pain worse,” she says. “I personally decided not to pursue ‘curing’ the pain, but just getting on with life despite my new limitations. I still had so much to live for.”

As for Bennett, she says that pain impacts not only mental and emotional health, but the capacity to function, work and enjoy our lives.

“Enjoyment of life is something people with ongoing pain really find difficult,” she says. “It impacts everything.”

Aside from the physical and mental burden, pain also has a huge impact on the national economy. The latest statistics from Pain Australia show that the economic cost of chronic pain exceeded $34 billion in 2007, including $11B in productivity costs and $7B in direct health care costs. Behind cardiovascular disease and musculoskeletal conditions, pain is Australia’s third most expensive cost condition. For older people, pain is also forcing them into early retirement.

“The thing that is really staggering about this is that 40 per cent of forced early retirements are due to pain conditions,” Bennett says. “If you look at that figure, these are people in their most productive years.”

What’s more is people simply can’t afford many allied health services such as physiotherapy, which aren’t paid for by Medicare unless part of a planned GP Management Program.

“Generally, it’s just a lack of access to cost effective treatments for pain that mean that GPs have limited options for managing pain,” Bennett explains. “The easiest thing to do is give someone the script because you know that’s going to, in the short term, address the pain. The problem is it will actually, in the longer term, be a problem because medication is not recommended for chronic pain.”

While pain is a normal part of life, it’s unfortunately something that becomes more apparent as people grow older. Still, with the right plans in place, it is something that can be managed for many people.

“If you recognise that you can actually live with pain and manage it and that the best ways of managing that pain are through exercise, diet, keeping yourself mentally and emotionally strong and doing the things you need to do to achieve that, that’s going to give you the best chance of managing ongoing chronic pain, not relying too readily on medication,” Bennett says.

Do you live with chronic pain? How do you manage it?