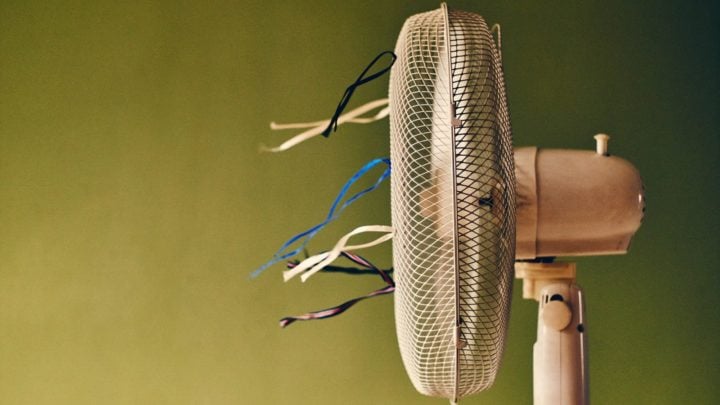 If you're still experiencing hot flushes or other symptoms years after becoming menopausal, you're not alone. Source: Getty (stock image used)

Whether it’s dealing with hot flushes, struggling with restless nights or managing mood swings, all women are impacted in some way when they reach ‘the change of life’.

Menopause marks the end of a woman’s reproductive life and coincides with the end of her period. Most women will experience menopause between the ages of 45 and 55 (the average age in Australia is 51), but unfortunately menopausal symptoms don’t suddenly end once a woman stops having her period.

“We try not to use the words ‘going through menopause’ because it seems to indicate that it’s a process you go through and then you come out the other end and everything’s fine without any concerns,” Brisbane-based obstetrician and gynaecologist Gino Pecoraro tells Starts at 60. “For a lot of women, it’s just not true.”

Woman can experience an array of symptoms during and after menopause including vaginal dryness, aches and pains, urinary frequency and headaches.

Women will usually experience symptoms for anywhere between five to 10 years, but research shows they can last much longer than that. For example, a Swedish study published in the Climacteric Journal found that 16 per cent of 85-year-olds surveyed were still experiencing hot flushes. Other studies show that 40 per cent of women aged between 60 and 65 continue to experience hot flushes, while Harvard Medical School says hot flashes can continue for more than 11 years.

“It’s a case of different strokes for different folks,” Pecoraro says. “For some women, they go away but for some women they may persist.”

Read more: My wife went through menopause and now she won’t get frisky, man complains

Many of the troublesome symptoms associated with menopause, such as night sweats, difficulty sleeping and crawling or itching sensations on the skin, occur as natural levels of the oestrogen hormone begin to decline in the body. This loss of oestrogen can also lead to a loss of bone density, which puts women at an increased risk of developing osteoporosis.

While it can sound scary, there are many ways to treat these symptoms and make life a little easier.

“The myth that there’s nothing you can do about it and this is just your lot in life is simply not true. We’ve got lots of treatments that we can use,” Pecoraro says.

For many women, hormone replacement therapy (HRT) is key to keeping symptoms at bay and works by replacing oestrogen in the body through tablets, creams or patches. Some women may need to take progesterone, a type of hormone released in the ovaries, as well as oestrogen to prevent the walls of the uterus from thickening or potentially becoming cancerous. During reproductive years, women naturally shed cells from the lining of the uterus but when these aren’t shed during menopause, increased levels of oestrogen from HRT can cause the cells to overgrow, which can lead to an increased risk of endometrial cancer.

For those who don’t want to use HRT, other drugs such as high blood pressure medication or antidepressants as well as diet and lifestyle changes can reduce and even prevent hot flushes.

“We do know things like caffeinated beverages and hot spicy foods can make hot flushes worse,” Pecoraro says, pointing out that alcohol can also increase the severity of them.

Meanwhile, for those who prefer a more natural approach, there’s evidence that practicing mindfulness can ease many menopause symptoms. Research published in the Journal of the International Menopause Society found women who practice mindfulness eased symptoms of irritability, anxiety and depression associated with menopause.

Vaginal dryness is one of the most common symptoms of menopause, but it can be managed with medication, in the form of tablets or creams, or natural oils to help reduce irritation and decrease pain when having intercourse.

“It may be something as simple as a vaginal lubricant or just a natural oil,” Pecoraro says. “Avocado oil or macadamia oil are very popular at the moment for women who don’t want to use a hormonal-based treatment, but just to provide some added lubrication, to help them continue to be sexual beings.”

Before exploring any treatments — be it prescription or natural — it’s best to consult with a general practitioner, gynaecologist or endocrinologist to find a treatment that works for your symptoms and to be aware of potential side effects.

“You need to be careful of those so called ‘natural therapies’ because we don’t know exactly what dose in in each tablet that you’re taking,” he says. “Because it’s classed as a health food rather than a medicine, it doesn’t go through the strict quality assurance control where each tablet has a defined amount of active ingredient.”

Still, it’s important to know that help is available – even when symptoms are persistent years after menopause.

Pecoraro says there are many treatment options available, both hormonal and non-hormonal, that can help make life a little bit easier.
“They [women] don’t need to live with those symptoms, they just need to ask for help,” he says.

Do you still experience hot flushes or other menopause symptoms? How do you manage them?