‘The constant exposure of negative news is damaging my mental health’ 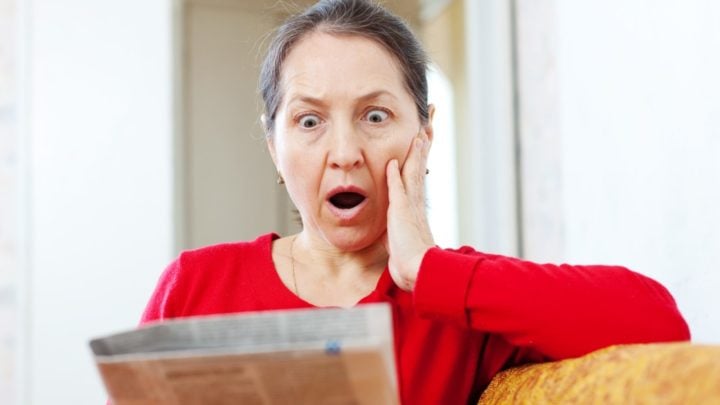 It started with the Christchurch mosque shootings and Robyn is examining the news reports more closely. Source: Getty Images

Have I lost my marbles? Yes, I think I may have.

Ever since the Christchurch massacre I have felt flat and a little on edge, with nothing much to say either. The event in my home of New Zealand froze me to my core. A horrendous act. It has taken me quite some time to come to terms with it. I really do not know why I took it so to heart. I’ve watched things on television and read about them in the papers and online, but I don’t feel as though I was truly processing the events. These are the things that happen to ‘other’ people in ‘other country’, I thought to myself.

How wrong I was! I’ve been paralysed and heartbroken about the events in Christchurch. It’s a feeling that wouldn’t go away.

I feel that in my lifetime, I’ve seen the world turn more violent. There are more horrendous acts being carried out against innocent people every day. No one seems to be able to do anything to stop such behaviour.

I’d read the news, take in what I could, cluck to myself about hard hard times are and move on. However, what happened in Christchurch stopped me in my tracks. Since the event in March, I’ve felt more unwell and ill at ease. For the first time in 50 years, I’ve felt alone and terrified of the outside world. I’ve been on my own for quite some time, so that’s saying something, and of course it doesn’t help that I’ve had no one to talk to about such things, which has meant I’ve had to bottle my feelings.

What I’ve also been able to do since the Christchurch mosque shooting is examine the way I deal with grief. I feel there are many types of grief to contend with, most of the time I feel that I’m coping, that I can process the feelings and move through them and come out the otherside okay. For example, the death of my mother; that anniversary and the date of her birthday always make me feel a little sad. It’s the same when I think about my brother’s passing or those of close friends. Death is all around us, really.

However, I still feel as though the world is a grind of sadness, crisis and negative drama. Do news organisations ever have any good news stories to share?

All this negativity is having an impact on the people around me too. I’ve noticed some are grumpier and not as nice as they once were.

Whether or not the world is getting worse, the consequences of negative news are themselves negative. The world might not be falling apart, but it often feels like it. Surely this has to stop!

Do you feel there is too much reporting of negative news today? What types of news stories do you like to read about?