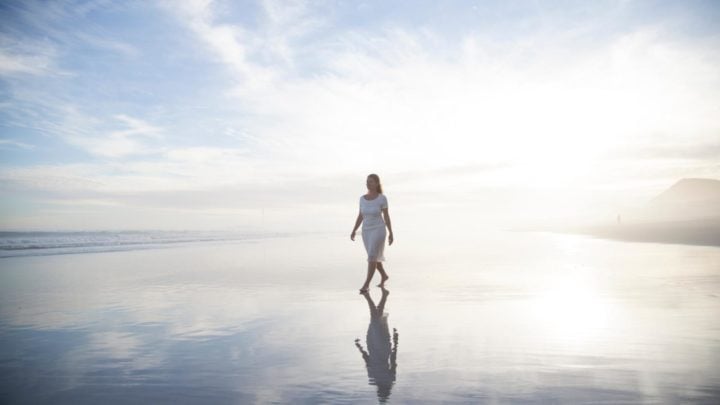 What do you do when you are feeling a little depressed and nothing seems to jolt you out of your sadness and low mood? Nothing is helping and it’s been a half-full glass day for a couple of days. Bummer! It had been so great recently and I’ve been enjoying blogging and generally a lighter mood. I can’t think what has happened?

Days like these seem to be slow and long, with my normal chores not getting done at all. It’s as though I’m watching the grass grow and the weeds get bigger in the garden. What to do…?

I tried to change my mood through a change of attitude, pulling it up from the depths of my soul, which didn’t seem to work. I called a friend for a chat and her life is as crappy as my own, so no assistance there. I went to play with the poodles and took them for a long walk, but it started to get cold and rained so that was a bust.

I was left sitting in front of the computer dredging up positive thoughts to try and change my thinking. Unfortunately, it appears all I’m good for at the moment is a general whinge about my perceived sad and pathetic life.

These moods don’t often happen. I think everyone has times of slowness and slight depression; happy folks even get maudlin from time to time, I’m sure.

I recently had to pay a large bill to the Driving Miss Daisy franchise (nearly $300) for four trips to the hospital and to my GP. That took out my budgeted buffer, so I know that is part of the contributing factor. Money always makes me nervous when I don’t have any left after the pension week, and I have a week ahead before the next pension payment with nothing in kitty.

Thank the Lord this doesn’t happen often either, but sometimes the doors slam on the cash and I feel I should be working to generate cash/money for a job well done. Sitting at home with nothing to do is not productive in my mind, so clearing the cobwebs off would potentially be a good thing for me. Now, of course, what would I do?

I gave my car away. It was my choice to do so. I was no longer driving and it was just sitting in the garage getting older. I take medication that can be so strong that driving is off limits anyway. Add to that my age and my diabetes, and it was enough for me to start using a driving service to take me to my appointments.

Not everything is lost though. I regularly catch up with a friend and we get out and enjoy the world around us… albeit from behind our phones (as we’re engaged in a Pokémon Go rivalry). I never thought I’d play games on my mobile phone, but it’s amazing.

Keeping active with my writing is also something special for me. I’ve never been one to worry too much about who reads my writing or whether they enjoy it, but when word of some success is received the validation can have an immensely positive affect.

Now it’s the validation of being alive and in the world that often slips past. There are times where I don’t feel part of the world, just a single lonely mature woman with not a lot to do (family are not in my life). Those few friends I have become all the more important, but they also need support in various ways so it’s all a bit of a vicious circle.

I’m hoping that by writing it all down I’m purging myself of the vitriol, but I’d hate to think anyone reading this is brought down by the negativity. I think sometimes being old and grumpy is necessary so that we might appreciate all that is good around us. What’s that they say about ‘swings and roundabouts’?

Have you ever found yourself feeling down and out? How did you free yourself from those feelings?