‘Why can nobody bring themselves to talk about death and taxes?’ 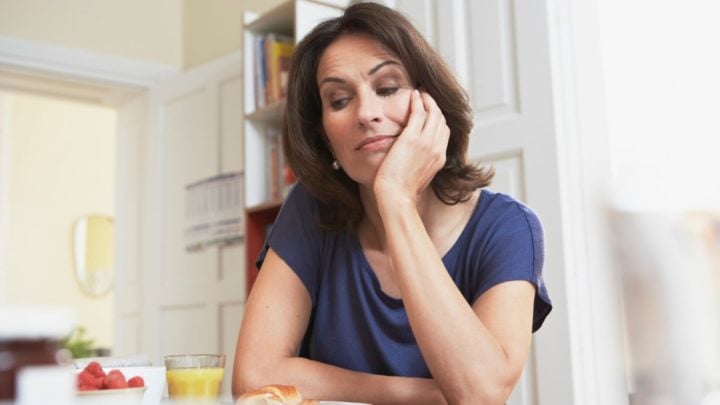 The sure things in life are death and taxes! (Stock photo.) Source: Getty Images

I find it strange that no one will let me talk about dying. They’ll happily discuss taxation until the cows come home but not death! Everyone fears death and taxes, but only taxation is able to be talked about. Both are unavoidable unless you’ve a giant business hiding money in Singapore or some exotic sounding island. People spend such a large amount of time either pushing both these topics out of their minds or working out devious ways to negate it. They employ tax agents so that tax is minimised if possible. They try to screw everything possible out of the government. Paying less tax is obviously a good thing.

Lately I’m amazed at the number of tradies coming to fix something who only want cash thus avoiding the GST! What to do? I know they’re small fish but the principle is the same. They tend to freak out if you suggest a cheque. As a femme sole I find it very intimidating.

I hear in other countries such as Greece, you’re honour bound to try and pay as little tax as possible or even none, even though everyone still expects roads, hospitals and schools etc. That must be why Greece has to be propped up by the European Union from time-to-time to survive.

Back to dying though, a definite no-no topic and in everyone’s agenda sometime. The Egyptians spent so much time and I assume money, preparing for their death and afterlives. Mind you they had slaves, which must have been a cost cutting thing. In our time there is a bunch of people trying to snap freeze themselves so they can be re-animated at a later date. How gross is that? What about if it worked and the extreme cold had eliminated your extremities! Like your toes and fingers had dropped off not to mention other little bits!

Meantime the tax avoiders find fancy offshore spots to hide or launder their money. I find it puzzling. I paid tax for 40 years or more, but I no longer have to pay tax since I don’t earn enough, so I’m left with the question of death.

Once or twice I missed some concert or performance and a friend said to me, “Well there’s always next year”. I think well perhaps not, I’m pretty old and various friends have already departed this earth, so I’m not entirely convinced there will be a next year. I remember my grandmother every year saying at Christmas, “This may be my last Christmas you know”.

We always laughed and said, “No of course not”, whilst secretly thinking how tedious it was hearing the same thing every year. Of course one year she was right!

I understand that people don’t want to talk about this confronting occurrence. My friends and I can only chat amongst ourselves about our deaths since we obviously upset our children and even younger friends by bringing up the subject.

I’d like to pop back just for a look in 50 years or so to check on the architecture and see how the parking is going and assess these driverless trains and cars. Our new trams might be going then with their renaming. Light rail is it? Well, they look like trams to me. Why on earth did they get rid of them in the first place? Beats me.

I’d like to check on my favourite trees too and see how they’re coping with pollution. On that note I’d like to know if anyone has cleaned up that island that’s covered in rubbish. What a planet! How we’ve messed it up. We’ve even left a mess in space! Giant vacuums needed, celestial skips? Giant magnet? I did write a song about that, called ‘Space Junk’ ages ago and I bet there’s more metal rubbish up there now.

Secretly we oldies think the world is going to hell in a hand basket, and from the point of view of terrorism and population growth and the police state we seem to be inching towards, it’d be a good thing if we shuffled off. We don’t even mind. We wouldn’t have to worry about it all any more. No one believes in hell or heaven anymore either it seems, but my god we’re bothered by taxes.

Have you given much thought about death? What are some of the 'no-no' topics of discussion for you?