‘How I overcame giving up work and embraced retirement’ 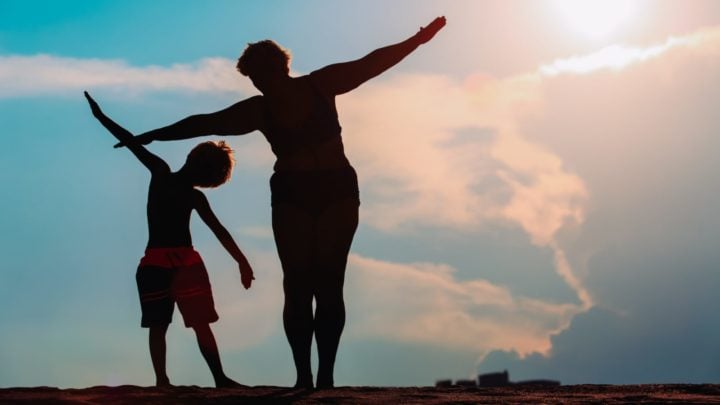 I am a daughter, a sister, a wife, a mother and stepmother, grandmother and stepgrandmother, and friend. That’s a lot of titles to have, yet I enjoy them all with many ups and downs along the way. However, my favourite title would have to be ‘grandma’ to my five granchildren.

Just over four years ago, my son and his wife announced they were having twins and the ultrasound told them they were boys. I was fortunate enough to be able to attend ultrasound visits and get a sneak peak at them before they entered the world as well as attend antenatal visits. The day they were born by C-section we all gathered in the coffee shop in the hospital and my son relayed each birth as it happened. The hospital staff must have thought we were mad as we all cheered each baby’s birth. Seeing them for the first time was very emotional for me, to have two healthy baby boys was the start of many, many precious moments.

Unfortunately my daughter-in-law suffered from post-natal depression and was hospitalised with the twins for a few weeks. That was very hard on all of us, as the three of them where about an hour away and we missed them so much. When they finally came home I had a roster of friends and family organised to stay with them overnight and care for the boys as she and my son recovered from what was an emotional time.

As grandma, I happily helped where I could. I was still working full-time. However, I got incredibly ill after losing my beloved mother and my incredible mother-in-law three weeks apart and I was forced to leave work. The silver lining through all of this was the time I was able to spend with my grandchildren. I’d spend as many hours with them as my health allowed. Once I was well enough I became their day care.

It has been an utter joy to have those two boys so close in my life. They are so different, yet so alike. We were blessed with them from conception and have had the pleasure of getting to know them for four years. Our house is a second warm welcoming home for them and they ask their mother and father daily if they can ‘go to grandma’s’.

One is fair and quite outgoing and one is dark and little shy, both have different endearing personalities and we have had many laughs along the way with the antics they get up to. There was the time one of the twins dragged the toilet roll up the hallway, or when they would race cars together in our hallway, we’ve had sleepovers and one or both of them have found their way into our bed. We enjoy showing them new things and they love to help us with whatever we are doing. They are learning from us, but we are learning from them too.

Being retired is more than I ever hoped it would be, I wished for it for years and now it’s here I’m embracing retirement with everything I have. I am!

Are you retired? How are you embracing your retirement?