‘I rebelled against my parents’ strict, frugal ways and found success’ 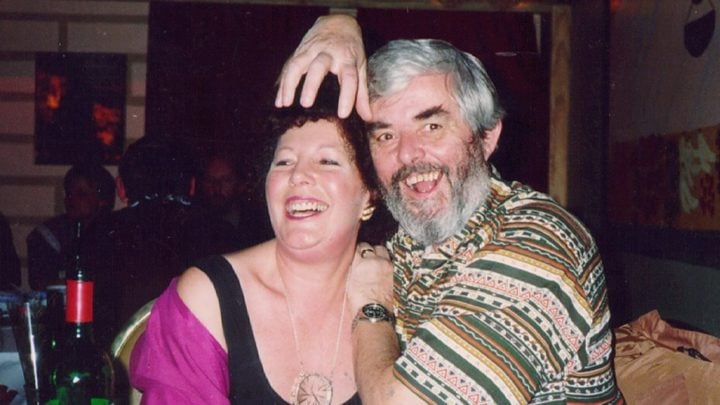 Brian was determined not to lead a life like his parents. Source: Brian Lee

I loved both my parents and I am sure they loved me, but sadly they had nothing to give me, intellectually. It was almost as if we came from two different worlds. They were happy in their way, but they suffered from a deep melancholy, a sense of owing the world everything or being second to everyone and of being introverted.

My father never got beyond the status of a shopkeeper, an assistant in a gent’s outfitters in Bristol in the United Kingdom, a job that entailed being subservient to almost everyone he met. About the one thing he did have was the ability to look smart, mainly I suppose because of the job he had, and hated, all his life. He had a certain style and taste, even if he was only going into the garden to cut the grass he would put on his waistcoat and jacket, a tie and his Trilby hat — I doubt if anyone who had ever met him outdoors ever saw his hair! He was also filled with a fear of life, like a boy hearing noises in a darkened house, he metaphorically crept through his life avoiding trouble at all costs and putting up with a job he detested because he hadn’t the courage to look for something better.

My mother on the other hand had learned to submerge most of her own feelings in order to serve my father. Don’t get me wrong, my dad wasn’t cruel to her in any way at all and they were deeply in love I know, but he had his own ideas of what was right and what should be done about everything, and Mum followed wherever he led. She wasn’t subservient, she just made herself insignificant, in order I would guess, to give him a certain feeling of success that he didn’t actually have!

She had also worked in the retail trade as a young woman, but not serving customers; she was employed by a large haberdashers in Bristol as a milliner, designing hats for the wives of the local gentry. It wasn’t until my father died in 1964 that Mum began to blossom and become the woman she could have been had she not made her decisions about her position in life. For instance, Dad had never liked the idea of her wearing slacks, despite their new popularity at the time, a popularity which is with us to this day and so she always wore dresses or skirts, but after his passing she bought several pairs and they became a normal part of her dress. She became the real her that she could have been, though being in her 70s she was no longer able to do many of the things I know she would have loved.

Partly because of Dad’s small income as a shop assistant and partly because of his neurotic nature, they never had much money and this meant most of their lives were spent at home, with just one, two-week holiday a year. They always went to Paignton in South Devon where, every year, they did the same things and went to the same places, virtually on the same days as they had done them previously! As a young boy with a nature far different from theirs, this was sheer hell to me. I always wanted to do something different, see different places and enjoy different experiences, but I was too young to rebel.

This was where I was radically unlike them, my first 15 or 16 years were spent almost as some sort of psychological prisoner, bound to do as I was told (as most kids were in those days), and it gave me a rather slow start in life because I was always told to “respect my elders”, “do as I was told” and “only speak when spoken to” — several of many clichés my parents relied on to see their way through life. Eventually I did rebel and formed my own opinions, which provided me with gateways to a completely different world. It was a world in which I discovered I was just as good as anyone else; that I had talents, like art, that had remained dormant until then; and that I had a brain that was ravenous for knowledge. From that time on I went where I wanted, did what I wanted and accomplished what I wanted (or what I could). Unfortunately, I had come to academia too late to be able to make full use of it, such as a university degree, but with the natural talent I was born with I won a scholarship to the West of England College of Art where I earned my diploma, and I have never looked back since!

Now, in my mid-80s, I can look back on a successful career as a professional artist with my own business; a wonderful marriage to Jacqui, without whom I doubt if I would have got on so well; three great kids, all still with us; and plenty of travel, culminating with us settling here in Australia. We have done or seen pretty well everything we wanted to during our 60 years together and although life is pretty quiet now, we feel we can truly say we have made a success of it. No man could ask for more!

When you think back on your life and where you’ve come from, are you happy with how things have turned out? What is your greatest success?