Happy campers! Being a grey nomad is officially good for your health 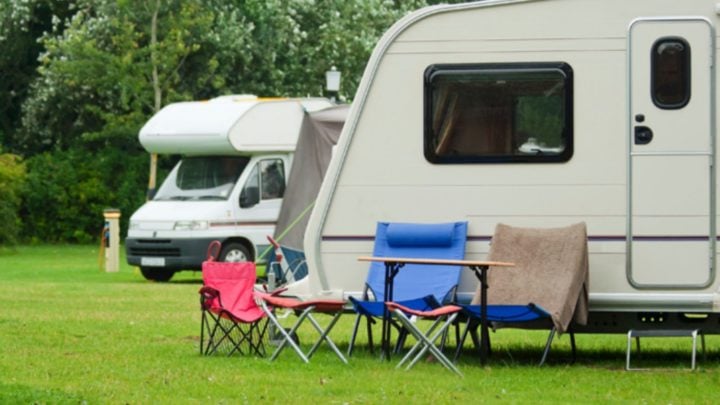 It turns out camping could be benefitting your health after all. Source: Getty.

It’s a trend that continues to grow across Australia, as retirees pack up and hit the road to explore more of their own backyard. And it turns out that grey nomads have the right idea, as camping and caravanning are actually great for your mental health.

The Caravan Industry Association of Australia has crunched the numbers in its ‘Real Richness’ report, revealing while campers and caravan lovers are largely happier – they’re also “more satisfied, optimistic and energised than those who do not go camping”.

After quizzing a group of grey nomads, the association found a staggering 96 per cent said their hobby of camping had made them happier, while 95 per cent revealed it had reduced stress in their lives. Meanwhile, as people can often battle loneliness and boredom in their later years – particularly if they’re struggling to adjust to retirement following a busy working life – the study also found campers are “less bored, frustrated and lonely than non-campers”.

Camping may be an escape, but it’s also not just beneficial to individuals – as it could even improve your marriage or relationship. The report found 85 per cent of campers ended up feeling closer to their spouse or partner compared to 65 per cent of non-campers.

It’s not just grey nomads benefitting from life on the road and in nature, as the report explored how many people use it as an escape from technologies like phones and laptops – instead making the most of their surroundings. In fact, a huge 94 per cent of campers insisted camping creates happy memories.

And it turns out it’s a major Bucket List item for many retirees too, when they’re planning their years after finishing work. According to data compiled by Canstar, regular travel is a priority for Aussies once they’ve called time on their careers with an overwhelming majority admitting they are hoping to head off on an adventure.

A survey of more than 3,300 Australians revealed that 71 per cent of respondents would like to spend much of their retirement holidaying with a further 21 per cent claiming they’d love to go on a cruise. These statistics remained relatively the same for different age groups with 70 per cent of those aged between 60 and 69 highlighting regular travel as their must have for retirement, compared to 71 per cent for respondents over the age of 70.

The idea of travel in retirement was certainly appealing to one Melbourne couple who revealed recently how they were able to become full-time roving retirees, after giving up work early and setting off to fulfil their dream of seeing the world while they were “still fit and able to”. The Lambs have been jet-setting around the globe for almost two years now, visiting exotic and far-flung places such as Spain, South America, Thailand, Laos and the United States of America, all for less than $100 per day.

Despite still being too young to access their superannuation, the pair – who document their travels on their own website, as well as blogging for International Living – saved meticulously to afford their travels, with money from investments, share dividends and property boosting their income now that they are no longer working. They also rent out their home in Melbourne which helps to fund their trip.

Are you a grey nomad? Is it something you want to try?