The four factors that mean you’re more likely to snore 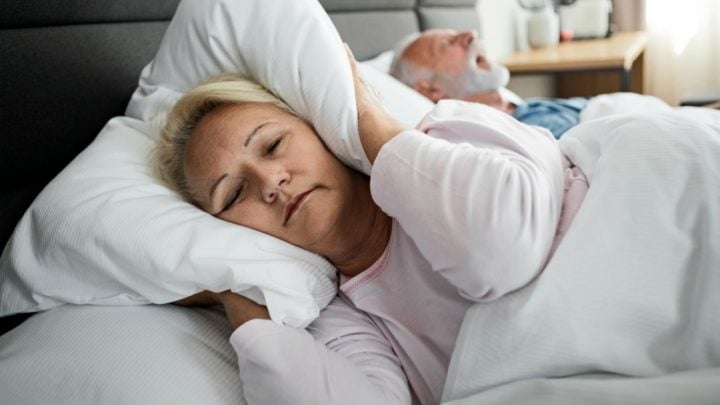 Overweight, middle-aged men who smoke are more likely to develop a sleep condition, a new study has found.

The research published in the journal Nature Communications has identified for the first time many of the genes responsible for snoring, and confirmed that lifestyle factors, such as being overweight, smoking, alcohol consumption and age, also increase a person’s chances of being a snorer.

The research team looked at the DNA profiles of about 150,000 snorers to the genetic information of more than 250,000 non-snorers. Lead researcher Miguel Renteria, of QMIR Berghofer Medical Research Institute, said they identified 173 genes associated with snoring. He added many of the genes corresponded to those that have previously been linked to respiratory, cardio-metabolic, neurological and psychiatric traits.

“This is the largest population-wide study of the genetics of snoring to date and provides new insight into the sleeping condition which affects one in three people,” Dr Renteria said.

“We also looked at the effects of body mass index (BMI), smoking, and alcohol consumption on the likelihood of someone being a snorer, and conducted a genome-wide association study (GWAS) to identify specific parts of the human genome that harbour genes that increase the risk of snoring.”

Meanwhile, Adrian Campos, who was also involved in the study, agreed that smoking and alcohol consumption both increased the risk for snoring in men and women.

The research found 80 per cent of the genes involved in snoring risk also affect a person’s risk for obstructive sleep apnoea. Obstructive sleep apnoea causes muscles and soft tissues in the throat to relax, creating a blockage that causes a lack of oxygen entering the body. This, in turn, causes sufferers to wake up repeatedly throughout the night because there are periods where they’re not breathing.

The condition can be caused by an array of factors including obesity, excessive alcohol consumption, certain health issues and medication, other obstructions in the airways and even a person’s genetics. It can lead to a number of health problems including pulmonary hypertension, diabetes, and heart disease.

“While snoring is often joked about as a strain in relationships, and many people don’t take it too seriously, we wanted to perform a rigorous scientific analysis to understand its biological basis and to examine its relationship with sleep apnoea and other health conditions,” Campos said.

What are your thoughts on the study? Do you snore?