Sleep deprivation is more dangerous than you think, study finds 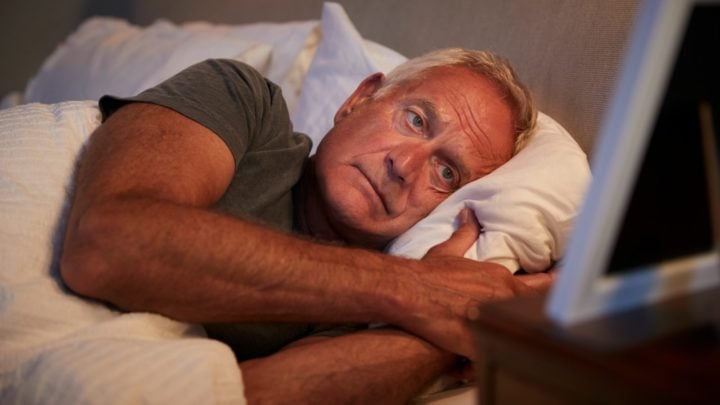 The research debunks a myth that attention is the only cognitive function affected by lack of sleep. Source: Getty

There’s nothing worse than feeling tired and sluggish after a restless night of sleep, and while it’s a well-known fact that lack of sleep can affect our ability to focus clearly the next day, a new study has proven just how dangerous sleep deprivation can be.

The research – one of the largest studies on sleep to date – by Michigan State University’s Sleep and Learning Lab debunks a myth that attention is the only cognitive function affected by lack of sleep.

Published in the Journal of Experimental Psychology: General, the findings show that sleep deprivation also interferes with people’s ability to perform multi-step tasks – an aspect that they refer to as placekeeping.

Co-author Kimberly Fenn said: “Our research showed that sleep deprivation doubles the odds of making placekeeping errors and triples the number of lapses in attention, which is startling.

“Sleep-deprived individuals need to exercise caution in absolutely everything that they do, and simply can’t trust that they won’t make costly errors. Oftentimes, like when behind the wheel of a car, these errors can have tragic consequences.”

For the study, the researchers recruited 138 people to participate in an overnight sleep assessment, whom they split into two groups. 77 stayed awake all night, while 61 went home to sleep.

Before going home, all of the participants took part in two separate cognitive tasks. The first one tested for reaction times, and the other one measured a participant’s ability to complete a multi-step task while being randomly interrupted. Both tasks were repeated again in the morning to see how sleep deprivation affected their performance.

Co-author Michelle Stepan said after being interrupted there was a 15 per cent error rate in the evening, but error rates of the sleep-deprived group spiked to about 30 per cent the next morning.

“Our findings debunk a common theory that suggests that attention is the only cognitive function affected by sleep deprivation,” Stepan added.

“Some sleep-deprived people might be able to hold it together under routine tasks, like a doctor taking a patient’s vitals. But our results suggest that completing an activity that requires following multiple steps, such as a doctor completing a medical procedure, is much riskier under conditions of sleep deprivation.”

It comes as a report commissioned by the Sleep Health Foundation revealed Aussies aren’t getting enough sleep. People are advised to get between seven and nine hours of sleep a night, but three in five Australians are suffering from at least one symptom of insomnia.

The foundation’s Robert Adams cautioned a lack of sleep has many detrimental effects.

“It’s troubling to see just how common it is for Australians to struggle with their sleep when it’s such a vital aspect of good health and happiness,” he said.

“Failing to get the quality or quantity of sleep you need affects your mood, safety, and health, not to mention your relationships with family and friends. It’s very important to get it right.”

How many hours of sleep do you get a night?