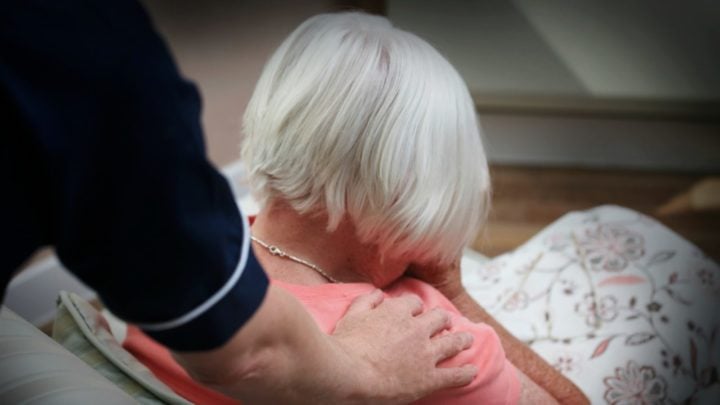 While most people in aged care are turned every two hours to prevent bedsores, a new study has found this practice could be considered abuse and does very little to prevent them. Source: Getty

Residents in aged care facilities are repositioned every two hours to prevent bedsores, but new Australian research has found this practice is ineffective and could be causing further problems for patients. What’s more is researchers from the UNSW believe this practice could constitute abuse.

The new study found that two-hourly repositioning was not only ineffective in preventing pressure ulcers from developing, but also caused a series of behavioural problems by disrupting the sleep patterns of residents. The research has been published in the Bioethical Enquiry Journal.

The study, released as the Royal Commission into Age Care Quality and Safety is underway, also claims regular two-hour repositioning could be a form of unintentional institutional abuse. The report analysed the medical and nursing records of 80 deceased residents across eight Registered Aged Care Facilities (RACFs) in Australia to determine the number of residents who were assessed as being at risk of developing pressure ulcers, how the two-hourly repositioning impacted them and whether the residents had these ulcers in the last week of life.

The report found that 91 per cent of residents were deemed at risk of developing pressure ulcers and were repositioned every two hours, but more than a third of them had the painful skin condition when they passed away.

“My first thought was that the practice of two-hourly repositioning would cause sleep deprivation and that it is simply torturous,” Study author Professor Mary-Louise McLaws said in a statement. “It wasn’t a surprise when residents were classified as having ‘behaviours of concern’ and then chemically or physically restrained.”

As such, authors of the study believe preventing bedsores could be as simple as using alternating pressure air mattresses (APAMs). The mattresses work by relieving pressure all over the body every few minutes. Unlike current measures, residents would not be woken up or disturbed by the continuous and gentle motions of the mattress.

At present, the issuing of APAMs to patients most at risk of developing bed sores has been minimal, with researchers claiming nurses and care staff simply don’t have the authority to order this kind of equipment. There’s a belief in the industry that the mattresses are expensive, but the study found the devices could cost around $1.40 a day and available on government contract.

“Alternating pressure air mattresses have limited published evidence for preventing pressure ulcers and are considered to be initially an expensive outlay,” McLaws said. “However, a study carried out decades ago showed that APAMs were more cost-effective than the practice of repositioning. And when you look at the costs of prevention, they are substantially lower than those required to treat severe pressure ulcers.”

The authors of the study have also called for changes to the legislation surrounding Coroners Court powers, noting just four cases have been referred to coroners regarding the possible role pressure ulcers played in the deaths of elderly people. At present, Coroners make very little recommendations when it comes to the best practice in aged care.

“Australian coroners could consider formulating recommendations which refer to section 3 of the Australian Quality of Care Principles [2014],” study co-author Dr Jennifer Schulz Moore said in a statement. “These principles recommend that RACFs provide APAMS to residents at risk of developing bedsores.”

Read more: The secret to finding the right aged care facility? Try before you buy

The latest information has been submitted to the Royal Commission into Aged Care.

What are your thoughts on this? Do you agree with these reports?