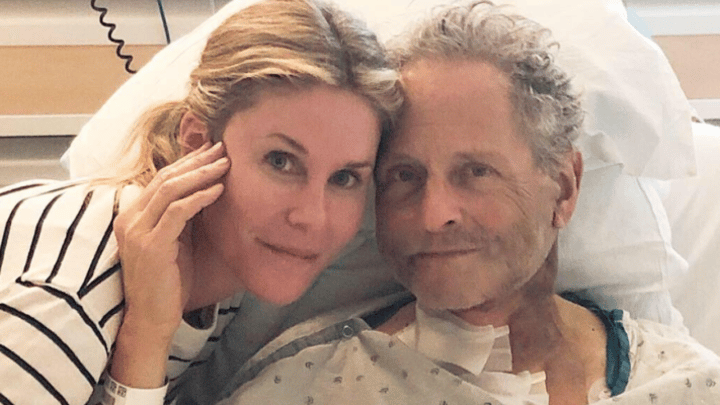 Kristen Buckingham, who has been married to the rock and roll star since 2000, revealed that her husband went under the knife and had open heart surgery last week, adding that he is now recovering at home.

Sharing the shocking news on Twitter, alongside a photograph of the pair which shows Buckingham lying in a hospital bed with visible bandages, the doting wife also revealed that there were complications involved with the procedure.

The 69-year-old musician suffered vocal cord damage during the intensive operation, and it is not yet known whether the damage will be permanent.

“I am sad to say that late last week Lindsey underwent emergency open heart surgery,” she wrote. “He is now recuperating at home and each day he is stronger than the last.

“While he and his heart are doing well, the surgery resulted in vocal cord damage. While it is unclear if this damage is permanent, we are hopeful it is not. ”

Kristen, who shares three children with the music icon, added that the past year – which saw her husband leave Fleetwood Mac for good – has been “very stressful and difficult” for their family.

She also revealed that the former lead guitarist has a history of heart issues in his family which resulted in him losing his own father at the age of 56, and his brother at just 46, to heart related illnesses.

“Despite all this…We feel so fortunate he’s alive. As does he,” Kristen added. “He looks forward to recovery and putting this behind him.

“Our family thought it important to share what’s happening with the hope that inspires someone else to seek preventative care. If anyone is experiencing even the mildest of symptoms we encourage you to seek the care of a physician.”

Due to the major surgery, Buckingham has postponed all shows and touring for the time being.

Buckingham’s departure from Fleetwood Mac was made public in April last year, with Mick Fleetwood saying he was no longer than the right fit for the band at the time.

In May last year, Buckingham broke his silence, sharing his own version of events with a crowd at a gig in Los Angeles that his departure from the band after 43 years “was not his doing”.

“It’s been an interesting time on a lot of levels,” he said. “For me, personally, probably some of you know that for the last three months I have sadly taken leave of my band of 43 years, Fleetwood Mac.

“This was not something that was really my doing or my choice. I think what you would say is that there were factions within the band that had lost their perspective.”

Buckingham originally joined the band in 1975 and played with Mick Fleetwood, John McVie, Christine McVie and Stevie Nicks until 1987. A decade later, he re-joined the group. Their last performance together was in January 2018. In addition to his work with Fleetwood Mac, he also released six solo albums.

Do you have a get well soon message for Lindsey? Are you a fan of Fleetwood Mac’s music?