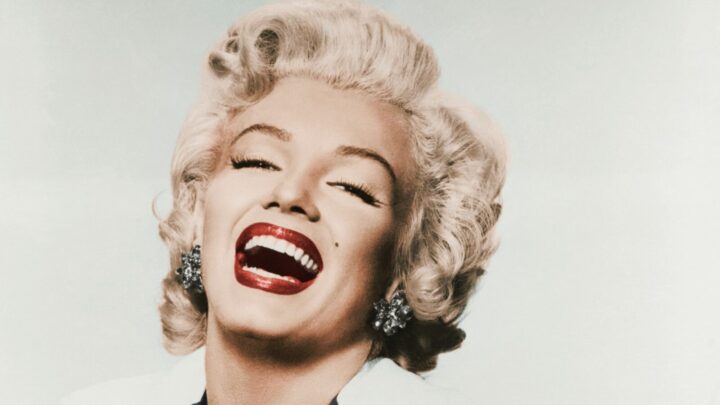 The sexually explicit film is set for a release later this year source: Getty

Nearly 60 years after her death at age 36, American actress and sex icon, Marilyn Monroe is still making headlines to this day.

Last month Monroe was brought into the spotlight again after Kim Kardashian wore her iconic Happy Birthday Mr President dress for the 2022 Met Gala, and now the actress has captured the public’s attention once again as Netflix’s long-delayed, x-rated Marilyn Monroe biopic Blonde is expected to be released later this year.

While Monroe has always been a pop-culture staple, with a number of films based on her life already produced, Blonde is likely to prove controversial as the film tells an explicitly fictionalised tale of Monroe’s internal life in the ’50s and ’60s.

What is Marilyn Monroe’s biopic Blonde about?

While the world is quite familiar with the trials and tribulations of Marilyn Monroe’s life, the upcoming biopic is based on a book of the same name by Joyce Carol Oates.

The 700-page historical fiction novel focuses on the actress’s personal life and explores the conspiracy theory that Monroe’s sudden death in 1962 was actually an assassination. The book became an instant bestseller, with the New York Times describing it as “part Gothic, part kaleidoscopic novel of ideas, part lurid celebrity potboiler” and was turned into a two-part miniseries the year following its publication.

As per Netflix’s official synopsis, the film tells “the boldly reimagined private story of the world’s most famous sex symbol, Marilyn Monroe…The film is a fictional portrait of the model, actress and singer during the ’50s and ’60s, told through the modern lens of celebrity culture.”

According to the film writer-director Andrew Dominik, on the simplest level, the film is “about an unwanted child who becomes the most wanted person in the world and can’t deal with all of that desire coming at them.”

“It’s a really sprawling, emotional nightmare fairy-tale type movie,” Dominik had told The Playlist back in 2012.

Who makes up the cast of Blonde?

The upcoming biopic features some big names on its cast list, with Knives Out actress Ana de Armas playing the platinum bombshell.

“I read everything I could about Marilyn,’ de Armas told Vanity Fair. “It wasn’t just about transforming physically to look the part, it was about understanding her emotional life, how intelligent she was, and how fragile.”

For those uncertain if the actress will be able to accurately portray the Hollywood icon, de Armas’s Knives Out co-star Jamie Lee Curtis says she’s already impressed by her performance.

Having watched early footage of the actress playing Monroe, Curtis said: “I dropped to the floor…I couldn’t believe it. Ana was completely gone. She was Marilyn.”

Joining her is Adrien Brody, who plays one of Monroe’s husbands, Arthur Miller; and Bobby Cannavale who plays the ex-athlete and Monroe’s other former husband, Joe DiMaggio.

When is Blonde’s release date?

Currently, the movie’s release date remains under wraps but Dominik has hinted at a possible September launch on Netflix, and will likely premiere at the Venice Film Festier early in the same month.

If producers believe that the film could be a possible awards contender, then the streaming giants may choose to have a limited theatrical release- similar to that of The Power of the Dog– for the film to qualify for an Oscar. If not, then Monroe fans and movie junkies will be able to watch the movie straight from the platform after its worldwide release.

Why is Blonde an “adults only” movie?

Unfortunately, younger fans of the Hollywood icon may not be able to watch the upcoming biopic in cinemas, as it is reportedly so racy that it has become Netflix’s first-ever “adults only” movie.

Early reviews have claimed that the film is filled with super scandalous bedroom scenes that ended up earning an NC-17 rating.

Ordinarily, an NC-17 rating lessens the chance of a film earning a box-office title as many cinemas choose not to show films with that rating. However, the rating doesn’t affect the streaming site and will be available for anyone to view unless the user’s account has activated restricted parental control.

Where can I watch the trailer for Blonde?

Just like there hasn’t been an official release date for Blonde, Netflix is yet to share the film’s official trailer.

In the meantime, you can enjoy these highly-anticipated films and shows all coming out this June 2022 or if you’re in the mood to watch scandals and drama, then consider watching these saucy shows. Otherwise, if you’re a fan of aging patriarchs, grovelling children, and families with a voracious appetite for power then there are some great Western dramas that are currently available for streaming right now.

Will you be watching the Marilyn Monroe biopic?