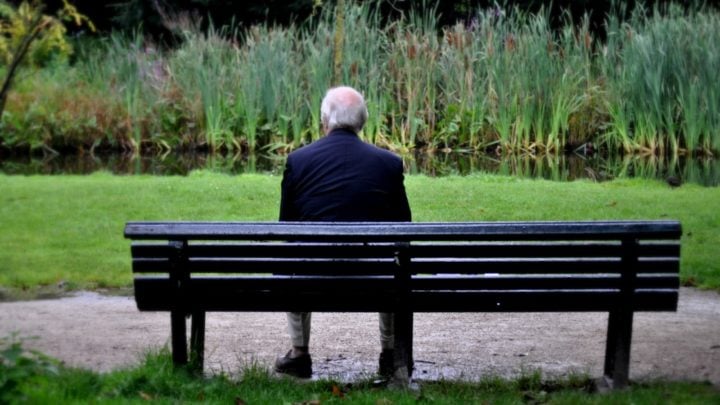 Poor physical or mental health and hearing loss could increase the risk of isolation, a new poll has found. Source: Getty

Living with physical or mental health issues is hard enough to deal with, but an alarming new poll has highlighted that older people with an array of health problems often feel lonely and isolated.

The results – drawn from the National Poll on Healthy Ageing and conducted by the University of Michigan Institute for Healthcare Policy and Innovation in the US – found one in four older people feel isolated from other people at least some of the time, while a third of people say they lack regular companionship. The data was drawn from a sample of 2,051 adults, who were asked an array of questions online.

People in the survey, aged between 50 and 80, were most likely to experience feelings of loneliness, while those who said they had fair or poor physical or mental health, or hearing loss were more likely to report that they felt isolated or lacked companionship. In contrast, those who ate healthy diets, exercised, got enough sleep and didn’t use tobacco were less likely to feel lonely.

“More than a quarter of poll respondents said they only had social contact once a week, or less, with family members they don’t live with, or with friends and neighbours,” Erica Solway, co-director of the poll, said in a statement. “These results indicate the importance of proactively reaching out to those in your community who may be at risk of feeling isolated and disconnected, especially those with or at risk of health issues.”

There’s been a growing body of research in recent times that links health and loneliness, while studies have also shown the positive effects that social contact through volunteering and participating in community groups has on health.

“As we grow older, and mobility or hearing becomes more of a barrier, these poll data show the importance of maintaining and strengthening our ties to other people,” Poll director Preeti Malani said in a statement. “It also suggests that caregivers, spouses and partners, adult children and others involved in older adults’ lives have a role to play in encouraging and facilitating these connections.”

Read more: What you can do to avoid loneliness and depression

Researchers said social isolation and loneliness are as bad for health as obesity and smoking, while living alone was associated with feeling lonely. In fact, 60 per cent of those who lived alone feel a lack of companionship and 41 per cent felt isolated. Women were slightly more likely to lack companionship on 36 per cent, compared with 31 per cent of men.

It’s important to remember there are several ways people can tackle loneliness. Some people choose to stay connected online, while others sign up for a class or join a club or association to meet new people and make connections.

If you feel like you need to talk to someone about loneliness, reach out to Lifeline on 13 11 14. Their experts will be able to offer you advice and a friendly ear to listen.

Do you think health conditions can increase loneliness and isolation?