Why does Australia have one of the highest rates of bowel cancer in the world? 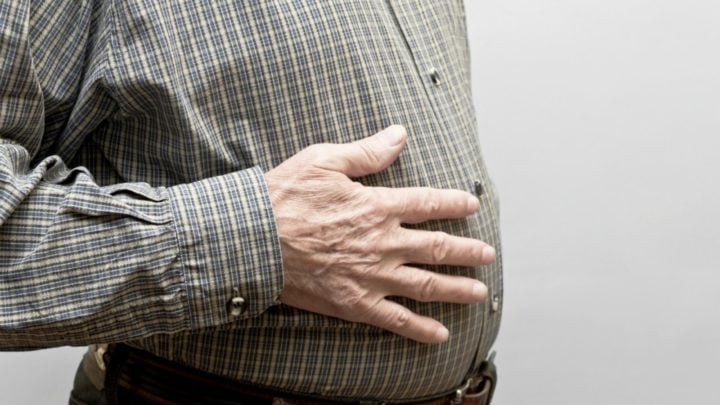 The rates of colorectal cancer are expected to rise dramatically in the coming years. Source: Getty

Australia has one of the highest rates of bowel cancer in the world. It is the second most commonly diagnosed cancer in men and women and becomes more common in the over-50s. Part of the reason for this is actually good news in that more people are living into the age group in which bowel cancer is more likely to develop.

Also, when you introduce a screening program such as the National Bowel Cancer Screening Program (NBCSP), introduced in 2006, you see a temporary rise in cases of bowel cancer because you are detecting cancer earlier than if you had to wait for symptoms. In the longer term this disappears and there should be a decrease in bowel cancer as you detect pre-cancerous polyps and remove them before cancer occurs.

The other good news is that despite the increase in bowel cancer the death rate from bowel cancer is decreasing because of early detection and better treatments.

However, many of the other reasons for the high bowel cancer incidence are related to our lifestyles which put us at greater risk of developing bowel cancer but which we can modify if we are motivated to do so. These risk factors include diets which are high in red and processed meats and low in fibre; and a lack of exercise, both of which lead to obesity. If you add to that excessive alcohol intake and smoking tobacco you have accounted for factors to which half of our bowel cancers can be attributed.

We also know that people living in the more disadvantaged areas of Australia have a higher incidence, probably because their lifestyles may put them at greater risk, but also there is a higher incidence in those who live in rural and remote Australia.

Over the past 15 years the bowel cancer rates in younger people (under-50s) have been increasing. The numbers are still small and it is still uncommon but the increase each year is a trend not seen in the older group. It is unclear why this is the case. Certainly, the lifestyle factors play a role but that also applies to older people.

There must be additional reasons though. Currently, researchers are looking at other explanations including different genetics or differences in the bacteria in the bowel that could be linked to bowel cancer. Once these factors are clarified we may be able to detect these sporadic cases earlier.

So, how can you reduce your chances of developing bowel cancer?

Firstly, alter your lifestyle. A healthy diet including more fibre and less red and processed meats, along with exercise (at least 150 minutes of moderate excise plus 75 minutes of vigorous exercise each week) will help control obesity. Reducing alcohol and quitting smoking will reduce the risk of cancer and many other chronic diseases. This type of change can be difficult but keep at it.

One other emerging strategy is taking aspirin each day. This certainly benefits those at high risk of bowel cancer but there is less evidence for 50 to 70-year olds at average risk. Certainly, people who were taking low dose aspirin to prevent cardiac disease had a much lower chance of bowel cancer so if there is no contra-indication, like a bleeding tendency, it should be considered.

Finally, I cannot emphasise enough the importance of using the bowel screening kits that, by 2020, the Government will send every two years to 50 to 74-year olds. It is a simple, clean, sampling procedure of your stool which is tested for traces of blood, and it could save your life. It will detect bowel cancer before there are any symptoms, at a stage where it can often be cured by surgery. Better than that, it can detect polyps from which cancers can develop, so they can be removed and the bowel cancer prevented.

When was the last time you completed a bowel cancer test? Has it impacted anyone close to you?