Georgie Parker opens up about life after a hip replacement surgery 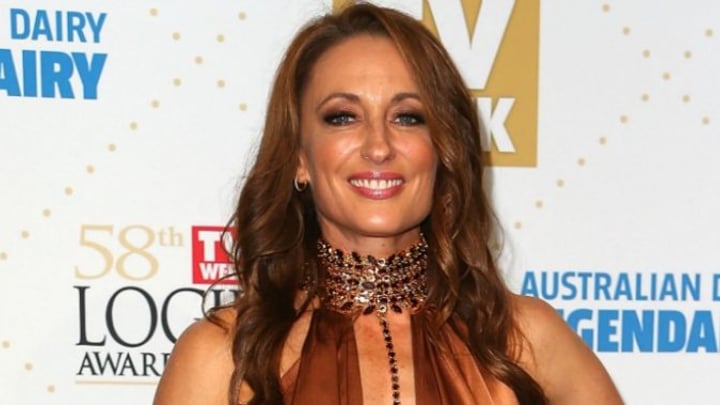 Georgie Parker spoke to Starts at 60 about what was involved in her hip replacement surgery and how life has changed since she had her operation. Source: Getty

She’s one of Australia’s favourite TV stars and while she’s been busy on our screens, you might not know that Georgie Parker underwent a life-changing hip replacement earlier this year.

At just 53, the former A Country Practice star underwent hip replacement surgery in February after living with osteoarthritis for more than 12 years. She was forced to take nine weeks off from filming hit soap Home and Away and wasn’t able to cross her legs for 12 years before her surgery.

The former All Saints star spoke to Starts at 60 about her hip replacement and how life has changed since.

“It is one of the most amazing things I have ever done because I did a lot ballet and a lot of ballet dancers end up having hip problems as well,” she said. “Because I have got scoliosis that impacted on my pelvic alignment. I am not arthritic, thank god!”

For Georgie, she eventually wore out her hip. She was dealing with a lot of pain but was able to keep active through swimming and Pilates. Thankfully, she’s been able to be a lot more active since her hip replacement.

“Since the operation it is like I have got my body back from when I was 30, I feel amazing,” she said. “It has been an incredibly positive experience. The operation was at the end of February and I am feeling amazing.”

Pilates ❤️ So a heads up re my hip, I’ve done Pilates for 10 years and have an excellent teacher. My physio gave the ok, so I’m back at it. When you’ve had an injury or surgery, my advice is to listen to the professionals and your body before getting back into your routine. And ……… have a great weekend 🌸

The mother-of-one also opened up about what surgery involves for others who may be concerned about going under the knife.

“The surgery is pretty major surgery, but it only takes a couple of hours,” she said. “They shave off your femur and replace it with whatever material that surgeon prefers. Mine is titanium.”

Read more: How to prepare for hip replacement surgery

Georgie underwent eight weeks of solid rehab, explaining that surgeons cut through everything and she didn’t have any muscle or ligament holding the joint in.

“You must be very careful and must build up the muscle strength again,” she continued. “Then after that you do very gentle exercises until you build up your strength. From then, it’s clear what you can and can’t do but you feel so much better and so much younger because you can move around freely.”

While it has been close to a year since her surgery, the Gold Logie winner also said that she’s still noticing improvements after all this time.

“I went to do a yoga class the other day and I am feeling so much more movement in my back than I have had for a long time,” she explained. “It is more about me not moving too fast, so me taking my time and making sure I am strong. You keep on feeling the improvements as your body readjusts to moving in a functional way. I am still feeling improvements now.”

The star, who recently signed up for the Activia challenge to promote gut health, also offered some health advice to Starts at 60 readers.

“I think it is really important to stay physically active and if you are filling your body with good healthy food and you’re feeling well, then it is much easier to contemplate being physically active,” she said.

Have you ever had a hip replacement? How long did it take you to recover?