‘Poop every other day’: Politician’s bizarre solution to clean up environment 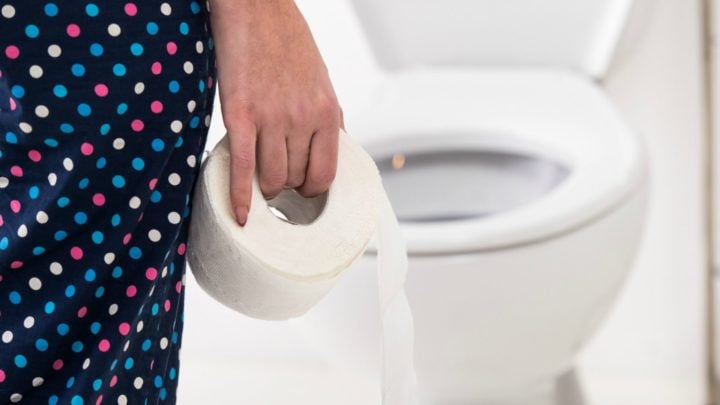 The Amazon rainforest has been subject to an increase in deforestation since Jair Bolsonaro became Brazil’s president in January, but now the controversial politician has made headlines by suggesting people should simply poo every second day to save the environment. According to an article by AFP, published by Yahoo News, the far-right leader said that if people ate less they wouldn’t poo as often and this would be better for the environment.

His comments came after a reporter asked him if there was a way to stimulate economic growth, feed the hungry and preserve the environment at the same time, with Bolsonaro seemingly dismissing that his involvement in devastating deforestation was contributing to environmental problems.

“It’s enough to eat a little less. You talk about environmental pollution. It’s enough to poop every other day,” the 64-year-old politician said. “That will be better for the whole world.”

Brazil's far-right leader Jair Bolsonaro has offered a quirky idea in response to a question as to whether the country could simultaneously spur economic growth, feed the world's hungry and also preserve the environment — use the bathroom less often https://t.co/Qw88JqlaFF

His comments have been met with confusion online, with many blasting the politician for his unusual proposal. One person on Twitter wrote: “When ya gotta go, ya gotta go.”

Another comment read: “His opinion about poop is idiotic. I am a right winger and I want the media to stop calling him a right winger. I don’t want any of his leftist environmental policies associated with right wing politics,” while a third added: “Diet and medical advice from someone who is not doctor or a nutritionist. Brazil’s President said to help the environment people should eat less, and it’s enough to poop every other day.”

Of course, every person’s bowel movements are different and there’s no proof that eating less makes people go to the toilet less often. Professor Terry Bolin, Founder of The Gut Foundation, previously told Starts at 60 there’s no golden rule when it comes to passing stools and that while most people go at least once a day, it’s also possible for people to go two or three times a day or as little as once every two or three days.

Research also shows that it’s the types of food and not how often people eat that can increase or decrease bowel movement. For example, foods high in fibre such as vegetables, fruits, grains, beans and legumes absorb water and increase bowel movement by softening stools and making them easier to pass, while a lack of fibre can slow down bowel movements.

Similarly, some medications including pain medications, anti-Parkinson’s drugs, antidepressants, antiemetic drugs, antihistamines, antihypertensive drugs and some chemotherapeutic agents can impact bowel movement, while health issues ranging from IBS and menopause to mental health problems and diabetes can influence how regularly someone uses the bathroom.

And, while Bolsonaro believes simply doing number twos every second day can have a positive impact on the environment, holding in a poo can cause it to dry out, become harder to pass and even lead to faecal impaction or gut obstruction. According to Queensland Health, it can also result in overflow diarrhoea – where watery poo will leak out around the blockage.

Still, there’s no denying that poo is a major environmental problem for the world. Recent research published in the Nature Sustainability Journal estimates the world will generate a least five billion tonnes of poop each year by 2030, but the majority of that will be the result of livestock. However, with the human population growing at an alarming rate, it means we’re relying more on livestock for food and their waste will only increase as a result.

Meanwhile, data from the United Nations Food and Agriculture Organization shows that the livestock sector is responsible for more greenhouse gas emissions than transport and even called livestock “one of the most significant contributors to today’s most serious environmental problems”. Results from the Livestock’s Long Shadow –Environmental Issues and Options report claimed that the environmental costs per unit of livestock production must be cut by one half in order to avoid the level of damage worsening beyond its present level.