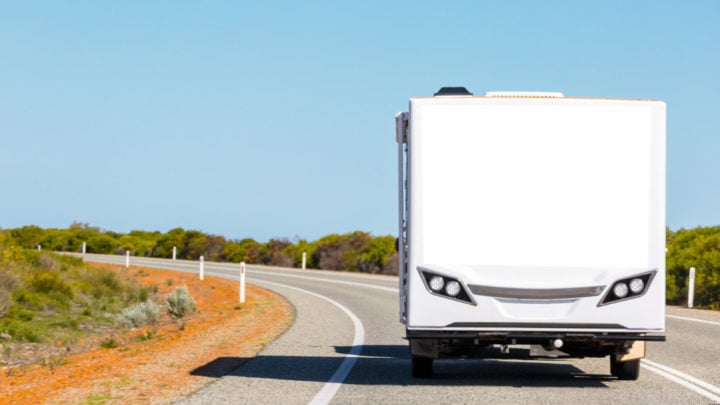 There has been an increase in the number of older Aussies being retrieved by the Royal Flying Doctor Service. Source: Getty

Grey nomads are finding themselves in all sorts of trouble on the road, with an increase in Royal Flying Doctor Services (RFDS) assisting seniors on their outback travels.

The service, which provides emergency and primary health care for those in rural, remote and regional areas of Australia, recorded an astounding number of retrievals last year with one of its Queensland teams, according to the ABC. In September 2019, the Charleville RFDS base had logged 1,200 flight hours — 120 more than the previous year.

However, this trend isn’t just being noticed in the Sunshine State, with thousands of trips involving older people recorded right across Australia. RFDS research revealed teams conducted 23,377 aeromedical retrievals for patients aged 65 and older during a three-year period from 2014 to 2017.

This included 13,867 retrievals for males and 9,445 for females. The main reason for an aeromedical retrieval was circulatory system-related diseases (31.8 per cent), injury (12.8 per cent), and diseases of the digestive system (9.2 per cent).

The three most common diagnoses following an older person attending an emergency department included pain in the throat and chest pain, abdominal and pelvic pain and cellulitis. Meanwhile, further research from the RFDS found one in five emergency flights are for heart attacks and strokes, which are more common among the older population.

Although these figures are concerning, especially considering there’s a limited amount of health services in rural and regional Australia, there are some things that can be done to help prevent a medical disaster while on the road.

Dr Andrew Hooper from the RFDS said preparation is key to staying safe and healthy while travelling.

“It’s important when you’re planning your trip to have a look at what health services are out there and how you can prepare yourself, particularly if you’re going out on a long trip,” he told radio station 6PR. “You should see your local doctor and get yourself a check-up and go see a specialist if you need to, particularly if you’ve got chronic medical problems like high blood pressure, heart problems and diabetes.”

Meanwhile, the Western Australian Department of Health has also compiled a list of recommendations for travellers on the road. They suggest packing a basic first aid kit, getting scripts filled ahead of time to avoid running out of medication and packing repeat scripts in case of emergency.

Before you head off, make sure your travel insurance and ambulance cover are up to date to ensure you’re covered while you’re away.

Are you a grey nomad? Have you ever required assistance from the Royal Flying Doctor Service?