Fancy a move? Study reveals the best and worst European countries for retirees 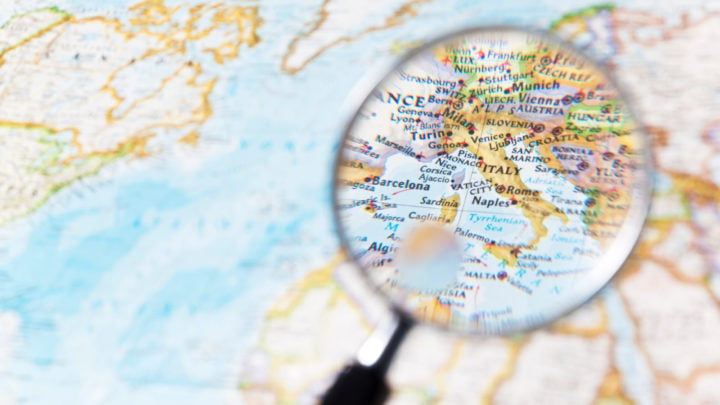 A new study has revealed which are the best and worst countries to retire in Europe. Source: Getty

Europe may be the ideal travel destination for over-60s looking to experience something new, but it’s also a fantastic place to live with its idilic scenery and friendly people. And now a new report has revealed which countries in the continent are the best to call home in retirement, with one destination emerging as the clear winner thanks to its weather, food and welcoming locals.

While the United Kingdom fell short of the mark, ranking 17th on the list of best retirement locations, it was Spain which impressed retirees the most, the Blacktower Financial Management Group study revealed. As part of the study, researchers investigated everything from the crime index and cost of living to life expectancy, property prices and the average age.

If Europe takes your fancy, finding the perfect location to retire can cause a headache, with over 40 countries to choose from all with varying cultures and lifestyles – but according to the research, Spain is top pick. The historic country hosts a wealth of great towns, cities and coastal locations which draw millions of retirees to its borders each year, so it’s not surprising that 19.7 per cent of its population are aged over 65.

The country also has one of the highest life expectancies in Europe at 83.3 – so they must be doing something right when it comes to their lifestyle and health system.

Following in Spain’s lead is Finland with its laid-back atmosphere a winning point for retirees. And who could forget the magic of the northern lights which sees many of the older population going ‘off-grid’ to enjoy their well deserved retirement.

It’s a very safe country to live in as well with one of the lowest crime rates in Europe – something which is sure to please the 21.6 per cent of the population who are aged over-65.

Meanwhile, Portugal, Germany, Greece, Denmark and Austria also get honourable mentions in the top 10. On the other end of the scale, and listed the worst place to retire in Europe, is Azerbaijan, which borders Georgia, Armenia and Iran.

A mere 6.2 per cent of the country’s population is over-65 and the life expectancy is much lower at 72.1. Other not so appealing places for retirees include Kazakhstan, Moldova, Ukraine and Russia – all of which have a relatively low population of over-65s at 7.2 per cent, 11.5 per cent, 16.8 per cent and 14.6 per cent respectively.

If you’re not wanting to pack the bags and move far away from family and friends then fear not because Australia still boasts great retirement living and average life expectancy is continuing to rise. Currently, according to the Australian Institute of Health and Welfare, the life expectancy for males in the Land Down Under is 80.5, while for females its higher at 84.6.

When it comes to the varying states and territories, those in the ACT are expected to live the longest at 81.3, according to the Health Performance Council, while Victoria follows lead with 81.2, New South Wales and South Australia with 80.4 and Western Australia with 80.3. Next is Queensland at 79.9, Tasmania with 78.8 and last the Northern Territory with 75.6.

But it seems the major cities aren’t as appealing as people age with many retirees choosing to leave the hustle and bustle behind and move to smaller communities throughout the country. If you’re thinking about moving some time soon and are itching to explore a new area of the country then ABS data has shown which towns and regions are currently the most popular among retirees.

The top picks, with a large proportion of over-60s include Bribie Island in Queensland, the Tea Gardens and Hawkes Nest region in NSW, the towns of Point Lonsdale and Queenscliff in Victoria, South Australia’s Victor Harbor, the Tasman region in Tasmania and the south coast town of Esperance in Western Australia.

The populations of each of these places are relatively small, ranging from 2,404 people to 19,270. And most of them are retirees with the median age sitting between 39.8 and 62.4.

Have you considered moving overseas in retirement? Where would be your ideal place to settle down after paid employment comes to an end.