The world’s most powerful passports for 2020 revealed 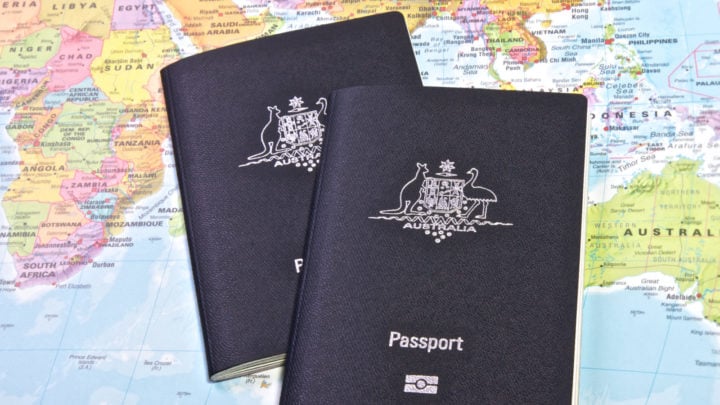 The list of the world's most powerful passports has been revealed. And Australia is still in a good position! Source: Getty

Overseas travel is off the cards for now due to the outbreak of the coronavirus, but when Aussies are allowed to jet off on international holidays once again, it’s good news, because the Australian passport has managed to scrape through as one of the world’s most powerful passports of 2020.

Unlike other countries, which have slipped in their ranking in the Henley Passport Index, the Land Down Under has stood firm in the most ‘travel-friendly countries’, placing number nine on the list. The assessment of a nation’s passport power is based on the number of countries a holder can travel to without needing a visa, or with the ability to obtain a visa on arrival.

And for lucky Australians, they can enter a whopping 183 with ease — many more than other countries which have been excluded from the list this year due to their poor handling of the pandemic, including the US, Brazil and Russia. This was a big change for America which is usually ranked within the top 10, in sixth or seventh place. However, under the current EU ban, the picture looks starkly different, with US nationals now having roughly the same level of travel freedom as citizens of Uruguay which has a visa-free/visa-on-arrival score of 153.

Instead, the top-ranked passport this year went to Japan with a score of 191, followed closely by Singapore on 190, then in third place Germany and South Korea on 189, then Finland, Italy, Luxembourg and Spain on 188 and Austria and Denmark rounding out the top five with 187.  Meanwhile, the country with the least power was Afghanistan with a score of 26, while Iraq had a score of 28, Syria sat at 29 and Pakistan on 32.

Experts said this change in rating has much to do with the outbreak of Covid-19 and the EU’s recent decision on what country’s residents will be allowed to travel within the continent. Dr Christian Kaelin, chairman of investment migration firm Henley and Partners said the pandemic’s impact on travel freedom has been more drastic and long-lasting than initially anticipated.

“This latest decision by the EU indicates that there is more upheaval to come,” he said. “Look at the US passport, for example – in 2014, it held the number one spot in the world on our index, but US nationals currently have far less travel freedom than most citizens of other wealthy, industrialised nations and even more some less developed nations, being effectively locked out of Europe. We see an emergence of a new global hierarchy in terms of mobility, with countries that have effectively managed the pandemic taking the lead, and countries that have handled it poorly falling behind.”

Meanwhile, Doctor Yossi Harpaz, assistant professor of Sociology at Tel Aviv University, said even as countries begin to open their borders, it’s expected that numerous governments will use epidemiological concerns as a justification for imposing new immigration restrictions and nationally targeted travel bans that will mainly be aimed at citizens of developing countries. And this could lead to more people seeking alternative citizenship.

“The passports of both developing and developed nations stand to decrease in value, at least temporarily,” he said. “In such uncertain times, global demand for dual citizenship and investor visas is expected to increase.”

Charles Phillips, researcher and consultant for Oxford Business Group, agreed and said environmental health concerns could become a priority for those seeking a different residence or citizenship.

“We can expect places that are governed well and better equipped to deal with pandemics to become destinations people will seek to move to,” he said. “Just as travel choices will likely be more strongly influenced by health considerations, we may see those acquiring alternative residence or citizenship placing a greater emphasis on a country’s health policies when deciding where to reside.”

How many countries have you travelled to? Where would you like to travel to once restrictions ease?