‘The hard lessons I’ve learned since my life companion died’ 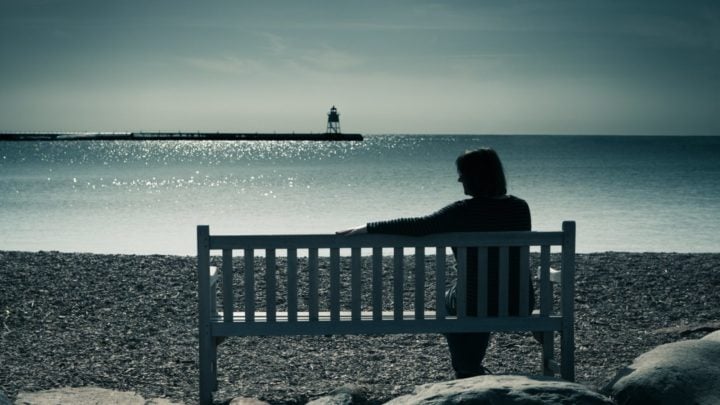 "Ideally you’d like to go at the same time but in normal circumstances it doesn’t happen that way, one of you goes first -- as happened in my case." Source: Getty Images

Ideally you’d like to go at the same time, but in normal circumstances it doesn’t happen that way, one of you goes first — as happened in my case. There are a few things I’ve learned in recent months that could perhaps serve as a bit of advice.

I crossed the channel to live in France after buying a small hotel there in 1989. I met my companion after divorce. I was 54 at the time and he was a young widower. He entered my cafe-bar one evening asking if he could put up a poster for a cafe-concert he was holding in his restaurant and bar in a nearby village. He later told me, upon first seeing me, he had been drawn to me as if I was a magnet. We remained an item from then onwards and when we retired and sold up our businesses we bought two cottages with a ruined barn, the latter we rebuilt into a holiday home to rent out.

My companion died suddenly of a heart attack. He was nine years younger than me, so there is no telling when someone’s time is up.

One of the things I have learned is that where you each have a set of household tasks, it’s important both of you know how they are done. I had little knowledge of how to attend to jobs he had insisted he did and I had to ask a kindly neighbour to show me how to do them. However, when it came to opening factory-filled plastic containers of paraffin I used a screwdriver to break away the perforated encircling plastic, but still couldn’t turn the top, so I was forever having to ask men with a firm hand grasp to do that for me.

Remembering what evenings the different garbage bins had to be put out was another job my companion had done. Where we live, there’s a day for paper and plastic to be collected, a day for bottles, a day for grass-cuttings and other garden rubbish that has to be cut up to get in the paper sacks provided and then a day for the non-recyclable rubbish.

When it came to tax returns, living in France, my French companion had done those, fortunately he’d got me to list my different pensions and add them up. Easy to do the two French ones, they were monthly and invariably the same rate except when one increased in the spring. However, the one from the United Kingdom varied according to the exchange rate from pound sterling to Euros. Then there was the revenue from letting out the holiday home, which I managed, but I had no idea where to put that information on the tax form. I had to ask the secretary at the council office to work that one out for me. Her father had died two years before and she was having to help her mother with such matters.

I’d wonder how partners and spouses cope if they’ve left the shopping or the cooking or the laundry to the other party. It would no doubt be a struggle.

I think the best way to broach the subject with each other is not to think of death separating you, but more akin to say a stay in hospital. If we’d looked at it like this, it would have been a way of learning how each of us do things and would have been a practical step and not a stressful one.

Do you and your partner share responsibilities around the house? Would you know what to do if your spouse or partner died? Where would you turn for help?