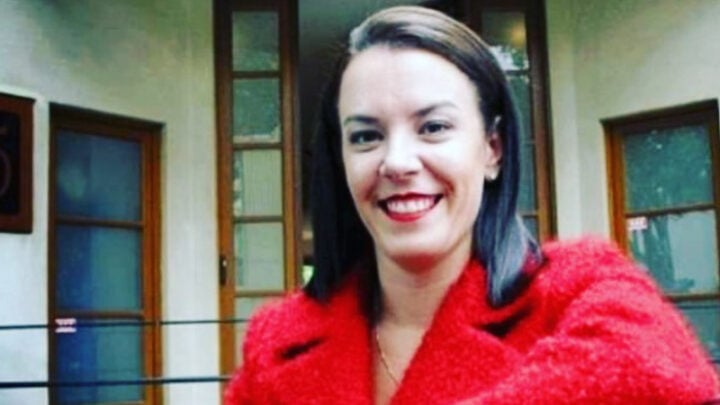 Justice Brigitte Markovic read the letter but said if investors wished to dispute the matter they would have to do so in court. Source: Instagram/@nope_im_scared

The parents of missing con artist Melissa Caddick could soon be battling it out in court with a group of investors who lost millions to their daughter’s Ponzi scheme.

A group of Caddick’s investors, who are currently waiting for her property and assets to be sold in order to recoup the millions they lost, expressed their concerns about the sale of an Edgecliff property winding up in favour of Caddick’s parents, Barbara and Ted Grimley via letter to the Federal Court.

The Grimleys recently filed a statement to the court claiming that in 2016 they had provided their daughter with almost $1.2 million to buy the Edgecliff property. Senior Counsel Robert Newlinds, who represents the Grimely’s argued at the time that his clients should be treated the same way as Caddick’s other investment victims, arguing that proceeds from the sale of the home should be used to pay off the Edgecliff property mortgage.

Caddick allegedly spent the money provided by her parents on funding her lavish lifestyle. The Grimleys have also claimed they had an agreement with their daughter that they could continue to reside in the property rent-free.

Justice Brigitte Markovic read the letter to the court but said if investors wished to dispute the matter they would have to do so in court.

Newlinds, told the court that “if someone wants to contest my clients’ propriety claim, I’ll say it openly, they should bring it forward and we’ll have that case”.

“We don’t propose to correspond with out-of-pocket investors,” he said.

Caddick’s parents and her spurned investors aren’t the only ones with an interest in the sale of the Edgecliff property, Anthony Koletti, the husband of the infamous Sydney fraudster, recently went to court to fight for a share in the sale of the multimillion-dollar mansion he lived in with the Caddick.

Koletti was ordered to vacate the mansion after Federal Court Justice Brigitte Markovic delivered a ruling on Tuesday, May 3, ordering Koletti to leave the property by May 18.

“Anthony Koletti is to be granted liberty to apply on two days’ written notice in respect of any dispute regarding the removal of personal property items from the Dover Heights property,” Justice Markovic told the court at the time.

Koletti had previously filed documents in court claiming he was entitled to a portion of his wife’s stolen wealth, claiming his financial contribution to their household from 2017 to 2020 meant he deserved a cut of the multi-million dollar home.

The 49-year-old is presumed to be dead after the remains of her foot were discovered on the NSW South Coast.

While police have previously theorised that Caddick took her own life, a top criminologist has weighed in on the mysterious case with a theory on Caddick’s fate, suggesting that “based on her personality profile I don’t think she’s likely to have committed suicide”.

“It’s possible, at the extreme end of what’s possible, in that what’s been recovered is a foot and medically you can survive without a foot,” Dr Xanthe Mallett told The Daily Mail.

“It wouldn’t be impossible to disappear when you have that much money. As an investigator, I couldn’t rule it out. But what’s possible and likely are two very different things.