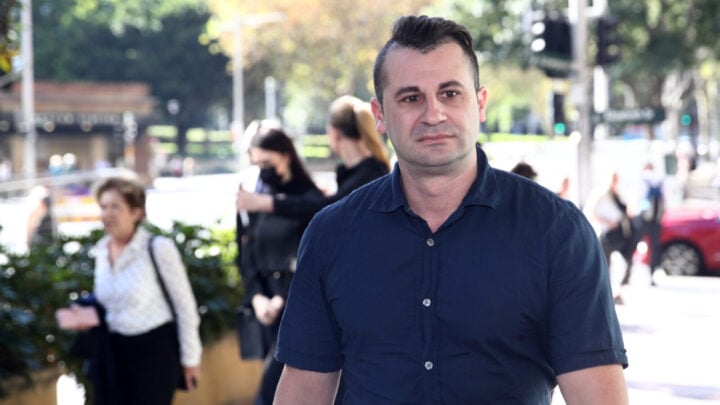 Anthony Koletti removed from the line of questioning during the inquest into his wife's suspected death. Source: Getty

Anthony Koletti, the husband of alleged conwoman Melissa Caddick, has been removed from the stand after the line of questioning left him “distressed” and befuddled during the inquest into his wife’s suspected death.

Confirmed remains of Caddick’s foot were discovered on the NSW South Coast after the fraudster disappeared following a home raid carried out by the Australian Investment and Securities Commission (ASIC) on November 12, 2020.

The courts have heard that Koletti had allegedly appeared not “overly concerned” when he reported Caddick as missing, allegedly allowing 30 hours to pass saying she had not returned from her morning jog.

Koletti has admitted to the courts that he was not honest when talking to the police regarding his wife’s routine and the day she disappeared as the inquest discovered no evidence of Caddick ever going for a morning run in the entire month leading up to her disappearance.

Counsel Assisting Jason Downing SC asked Koletti if he agreed that he’d been untruthful with authorities.

“Um, yes, I would agree with that,” he replied.

Downing asked Koletti: “Why did you lie to police?”

“I don’t know if it was a lie, it was referring to her exercising every day,” Mr Koletti explained.

Downing continued: “Do you know what truthful means?”

“You’re just confusing me with questions.”

“The way you talk is not the way my mind works…I am struggling,” said Anthony Koletti in response to questioning from counsel assisting the inquest into his wife Melissa Caddick’s disappearance.
I fear it’s going to be a long day.

Koletti tried to explain his dishonesty as a misunderstanding, claiming he “believed it to be true” at the time he spoke to the police, despite telling the police the same answers again, two weeks after Caddick vanished.

The counsel proposed that perhaps Koletti was trying to legitimize his “long delay” in reporting his wife’s disappearance, a suggestion denied by Koletti, insisting he was “confused” by the questions.

“The way that you talk is not the way my mind works,” Koletti said.

“You’re just going round in circles like you were before,” Mr Koletti said.

“I saw her last at 4am and that’s really all I can say about it. I can’t answer these questions.”

Mr Downing posed: “Is it because you’re distressed and you’re finding it difficult to follow?”

Koletti’s defense, Judy Swan, interjected that her client was “obviously struggling with the nuances” to which Deputy state coroner Elizabeth Ryan allowed a long break.

Anthony Koletti is back in the witness box. The coroner said to him that the counsel assisting was “asking questions to assit me” and that while she understands it is distressing, to try to remain clear-headed, listen to the questions and be truthful. #Caddickinquest.

However, not long after Koletti’s return to the stand, Magistrate Ryan asked the “distressed” man to stand down.

“If you’re unable to focus on questions and give truthful answers to them, that does not assist me,” she said.

“I’m going to ask you to step down from giving evidence, certainly for today.”

Despite Koletti’s alleged behaviour, he is not suspected of murdering his wife, as Detective Sergeant Michael Kyneur claimed it was “not a viable proposition” that Koletti killed Caddick, saying “there was no evidence in the house of any struggle or violence”.

More to come as the inquest continues.