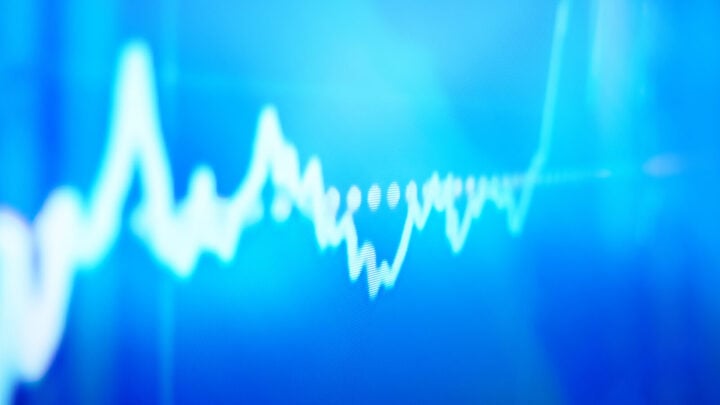 The Reserve Bank of Australia (RBA) recently lifted the nation’s interest rates for the second month in a row, raising the cash rate target by 50 basis points to 0.85 per cent in a bid to combat rising inflation.

The rise marks the largest monthly rate hike since February 2000 and now takes rates higher than they were prior to the start of the pandemic.

While announcing the RBA’s decision, Governor Philip Lowe acknowledged the added pressure of the rising cost of living on Australians while claiming “the Board is committed to doing what is necessary” and will continue to monitor global factors and take further steps necessary to ensure inflation “returns to target”.

“One source of uncertainty about the economic outlook is how household spending evolves, given the increasing pressure on Australian households’ budgets from higher inflation. Interest rates are also increasing. Housing prices have declined in some markets over recent months but remain more than 25 per cent higher than prior to the pandemic, supporting household wealth and spending,” Lowe said.

“The Board will also be paying close attention to the global outlook, which remains clouded by the war in Ukraine and its effect on the prices for energy and agricultural commodities. Real household incomes are under pressure in many economies and financial conditions are tightening, as central banks withdraw monetary policy support in response to broad-based inflation. There are also ongoing uncertainties related to COVID, especially in China.

“Today’s increase in interest rates by the Board is a further step in the withdrawal of the extraordinary monetary support that was put in place to help the Australian economy during the pandemic. The resilience of the economy and the higher inflation mean that this extraordinary support is no longer needed. Given the current inflation pressures in the economy, and the still very low level of interest rates, the Board decided to move by 50 basis points today.

“The Board expects to take further steps in the process of normalising monetary conditions in Australia over the months ahead. The size and timing of future interest rate increases will be guided by the incoming data and the Board’s assessment of the outlook for inflation and the labour market.”

In response to the interest rate rise, Treasurer Jim Chalmers promised the Federal Budget will provide “long-term” and “sustainable” relief to address the rising cost of living.

In an interview with Sunrise, Chalmers said that the budget handed down in October will offer a “responsible” relief package that targets areas such as “medicine, childcare, getting power bills down over time, and getting wages moving again”.

“Inflation is going to get worse before it gets better, that’s the unfortunate reality.

As the inflation rate hits new highs so too does the cost of living.

New data from the Australian Bureau of Statistics (ABS) has revealed older Australians are suffering the most from the rising cost of living, with pensioners experiencing an annual household living cost of 4.9 per cent.

With the recent interest rate rises and rising inflation impacting the cost of living, Starts at 60 spoke to Financial Adviser Andy Darroch from Advise Me Today, to determine what the rise means for seniors, where seniors will benefit, where they will be worse off, and what it means for the already rising cost of living.

How will those on the age pension be impacted?

As part of the income test for welfare payments like the age pension, deeming is a set of rules the government uses to determine how much income people earn from financial assets such as shares, superannuation, and bank accounts.

Regardless of whether or not people are actually seeing a return on these financial assets, deeming assumes people are receiving a set income from the interest on those investments.

When the deeming rate is low, people are able to earn more from their financial assets, however, if it’s high, anything earnt above that rate isn’t counted in the income test for the age pension.

That means if your investment return is higher than the deemed rate, the government won’t count that extra money as part of your income.

“The pension deeming rate will be frozen at 0.25 per cent and the upper rate will stay at 2.25 per cent for two years under Labor,” he said.

But with the recent rate rise will we see a change in deeming rates in the future that will impact those on the Age Pension? Darroch claims that “broadly speaking, almost all of those on the age pension will have some element of the income test based on deeming rates”.

“Deeming rates are set before July 1st each year. The government looks at a range of factors for this, and one of the key ones being, current interest rates, inflation and economic forecasts,” he said.

“So, you could say, that there’s a high probability that we might see deeming rates increasing, which in turn could mean higher income on your income test which could again mean a lower pension. But, that’s far from certain, we’ve not yet been made aware if the rates will change, and most importantly, generally speaking, and this is based on the income test, it’s more common to have your pension reduced due to the assets test.”

Will pensioners struggle further with the rising cost of living?

The rising cost of living has impacted all Australians but as previously mentioned, pensioners have been the hardest hit, experiencing an annual household living cost of 4.9 per cent.

Darroch said whether the cost of living for seniors will be impacted by the recent rate rise will depend largely on their personal financial circumstances.

“For those that have investments like term deposits, it might help, for any pensioners with a mortgage, it will come with a higher interest rate and as such less money to live off. It really comes back to the individual, interest rates are more a function of the cost of living, which economists bundle up into CPI, more commonly known as inflation,” he said.

“That being said, rising interest rates have historically meant different impacts on investments, and as we know, many pensioners are either self-funded or partially funded by their superannuation, which is certainly going to be a key element of interest rate rises.”

The impact on investments

Those who finance their retirement through investments such as properties or shares, will no doubt feel the impact of the recent rate rises. Darroch said “typically you would expect rising interest rates to negatively affect share markets, not necessarily prompting a correction, but broadly lowering growth”.

“Generally speaking, most economists understand that an increase in interest rates leads to lower property prices, as higher levels of debt become harder to sustain,” he said.

“That being said, we’re very early in this current interest rate cycle, we are coming off all-time historic lows, the interest rate not just in Australia but globally has never been so low, and they’ve been trending down since 2007.

“It’s important to remember we are coming off an incredibly low base and by the same token, all-time property & share market valuations. The reserve bank is acutely aware of the impact this has on the economy and they do not want to unnecessarily jeopardise either growth or asset prices.”

Darroch also claimed that “it could be argued” that the recent rate rise could impact those seniors who are renting properties, stating that “the landlord may either be forced to or chose to pass on an increase due to the increased costs, however, it’s situation-specific”.

Whatever your circumstances may be, Darroch suggests having a “chat to your financial adviser or a financial counsellor about what a rate increase could mean for you”.