Prioritising the planet and the patron: The world of clean, customer owned banks 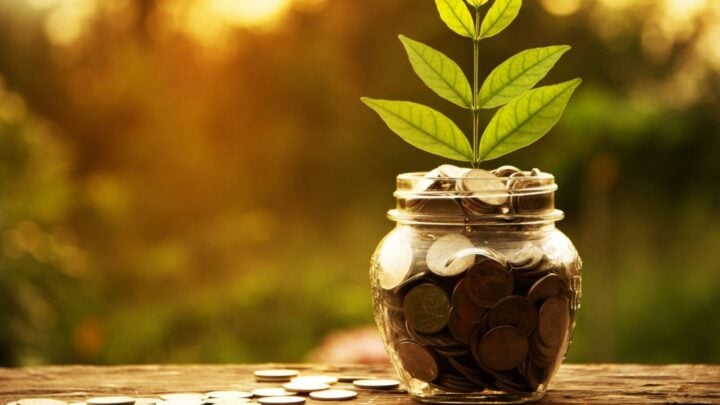 New banks have started to make it their mission to help both the customer and the environment. Source: Getty.

Where once traditional banks like the big four, namely ANZ, Commonwealth, Westpac and NAB, were the most popular options on the market – a new wave of clean banks are creeping into the spotlight. And while you’ve probably seen the ads for the likes of ME Bank and Bank of Australia everywhere you go, you might not be too sure about what the term ‘clean bank’ actually means.

Before then-Treasurer Scott Morrison’s 2017 Federal Budget streamlined the application procedure for entering the deposit market, it was a much harder process to become an authorised deposit-taking institution (ADI). So hard in fact that, prior to 2017, the Australian Prudential Regulation Authority (APRA) approved just one new banking license a decade.

Nowadays, new banks including digital-only (neo-banks) and customer owned banks seem to be sprouting left, right and centre creating healthy competition in the industry and putting a welcome amount of pressure on big banks to become more customer-centric. But with so many to choose from, here’s everything you need to know about these new clean banks.

Ethical banking or clean banking is the umbrella term for banks that actively choose to only invest money in ethical sources. This involves completely disregarding investment streams such as fossil fuels and coal mining, weapons, gaming, tobacco, adult entertainment industries or any company involved in deforestation, human exploitation, animal cruelty or sex slavery.

One of the prime examples of clean banking is Bank Australia which became a certified B Corp earlier this year meaning it met the highest social and environmental standards in the world. To achieve this, the bank adopted policies such as investing in projects that offset the environmental impacts of new home constructions financed by the bank, staying carbon neutral for almost a decade, signing all seven climate commitments including the Paris Agreement and promising to never loan to the fossil fuel industry.

When it comes to clean banking, the organisation known as Market Forces is working towards holding all national financial institutions accountable for unethical investment choices. And with so many newer banks starting to make changes towards a cleaner future, research coordinator Jack Bertolus said that bigger, more traditional banks are starting to feel the pressure.

“We’ve seen the big banks come out and respond to customer pressure,” he said. “For example, we saw Commonwealth Bank last year commit to exit thermal coal by 2030. Westpac made a similar commitment this year. We’re seeing significant changes from the banks but that’s not to say that this change is all that’s needed because it’s not – they’ve actually got quite a long way to go. But it is definitely an acknowledgement from customer and shareholder pressure who are holding them to account for funding destructive activities.”

According to Market Forces’ in-house research, there are 120 banks or financial institutions that are fossil fuel free, meaning there has been no funding in non-renewable energy since 2016 or even earlier in some cases. A large majority of these clean banks fall into the customer owned category, meanwhile the 17 banks that still fund fossil fuels are either publicly traded companies that are listed on the stock market, or owned by one.

Customer owned banks include credit unions, mutual building societies and mutual banks and differ from publicly traded companies as they are owned by the customer instead of an external shareholder. This means the customer gets a vote on how the organisation is governed. There is also no maximising profits to pay shareholders as all profits are generally fed back into the bank.

Examples of this with new banks include ME Bank which is privately owned by 26 national industry super funds with all profits going back to the funds themselves, and Bank Australia which is a clear example of a customer owned bank that feeds all of its profits back to its customers.

According to Michael Lawrence, CEO of the Customer Owned Banking Association, this particular business structure has continued to work for new banks due to a higher rate of customer satisfaction that sets them apart from publicly listed banks.

“Customer owned banks serve over 4.5 million Australians and manage $131 billion in assets,” he said. “Rather than pay out shareholders, customer owned banks reinvest profits back into benefits for customers through lower interest rates, lower fees and innovative technology.”

Additionally Lawrence said that, more often than not, customer owned banking and clean banking come hand in hand naming examples like Bank Australia, Teachers Mutual Bank which has been carbon neutral since 2013, Community First Credit Union which delivers low interest green loans, Horizon Bank which has implemented renewable energy in their branches and WAW Credit Union which plants a tree whenever a new account or loan is created.

“Customer owned banking institutions put people before profit,” he said. “This intrinsic quality of cooperation drives leadership and action on one of the most pertinent global issues. In the wake of Covid-19, Australians are increasingly concerned in aligning with businesses of ethical substance. Cooperatives are aligned with the times.”

Have you thought about clean banking? Do you know where your money is going?