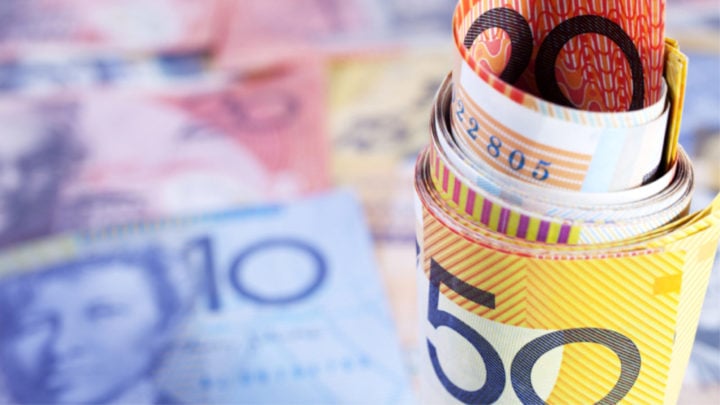 Finder has compiled a list of financial predictions for 2020 that Aussies should keep an eye on. Source: Getty

Aussies are being urged to take note of the big money changes that are expected to occur this year, to help themselves prepare financially for the months ahead and save big where possible.

Comparison site Finder has done some digging and compiled a list of key changes and personal finance predictions for 2020. From rate cuts to insurance hikes, Finder says you can never be too prepared when it comes to money.

Although you’ve no doubt made your mark on the property market already, if your children are thinking about buying their first house, now is the time to do it. This month, the government launched its First Home Buyer Scheme, and if your kids are one of the lucky 10,000, they’ll be able to make a purchase with just a 5 per cent deposit saved.

Kate Browne, personal finances expert at Finder, says, provided rates remain low, the whole of 2020 will be a good buying period for those new to the market.

Last year the Reserve Bank of Australia (RBA) slashed the cash rate a number of times and, according to Browne, there are further cuts on the cards for 2020. A whopping 66 per cent of Finder’s RBA panelists are predicting another cut in February.

This would see Australia’s official cash rate plummet to just 0.5 per cent, meaning big savings could be made if you plan well.

“Record-low interest rates mean that homeowners will be able to save a significant amount of money over the life of their loan as well,” Browne says. “With over a million mortgage customers considering a switch this year, it will be interesting to see which lenders pass on the rate cuts.”

Open banking has only been in play in Australia since July last year, when testing of the process began, but Browne says it will really shake up the industry this year when further changes are made. Currently only the Big Four are able to share data between one another, but in July this year, the smaller institutions will also have it available.

If requested to do so by the customer the Big Four must share financial information, for products such as credit and debit cards and deposit and transaction accounts, with other institutions for them to analyse. This is done through software called application programming interfaces (APIs). In simple terms, this is basically a program which connects to the Internet to send data in an easy to understand format.

Once the competing bank receives this information, they then have the opportunity to offer better deals to you, the customer – which is great news!

In July next year the Big Four banks will also be able to use to the data to compare personal loans and savings accounts, followed by mortgage products in February 2021. Then finally, by July 2021 all banks, big and small, must have API up and running to share data for all types of products.

Neobanks have been around for a little while now, with challenger banks such as Xinja and 86 400 continuing to take the industry by storm. Unlike the traditional Big Four, neobanks operate entirely digitally, with no branches or physical infrastructure.

They’re not reliant on any of the old technological operating systems of the big banks; instead, they’re using bespoke technology designed to run exactly the way their creators envision banking should work. This is important because most of the big banks offer online banking, apps and the like, but those are usually slick digital fronts that still have old-school technology running behind them, so they can be pretty clunky, unintuitive and very much like dealing with a traditional bank branch but online.

According to Browne, neobanks will see a rise in popularity this year, with millions of Aussies choosing the ditch the Big Four and try out the new way of banking.

“Neobanks are offering innovative apps and products, as well as features like unique spending insights and bill reminders,” Browne says. “In saying that, not all Aussies are ready to take the plunge just yet. Many people still feel more comfortable with a traditional bank or lender.”

Health insurance premiums are set to rise again this year, with premiums increasing on April 1 by 2.92 per cent on average. It could leave you a little worried, especially if you rely on your private health cover. So, if you notice your prices increase to levels you can’t afford, Browne recommends shopping around to find the best deal – staying loyal to one provider won’t do you any favours.

“Compare your premium every year and switch to a fund that won’t cost more,” she says. “If you switch a policy with the same level of cover as your current one, you won’t need to reserve waiting periods.”

Have you made any financial goals for 2020? What tips do you have to help save money and budget this year?