Heads up: New bill will restrict how much you can spend in cash 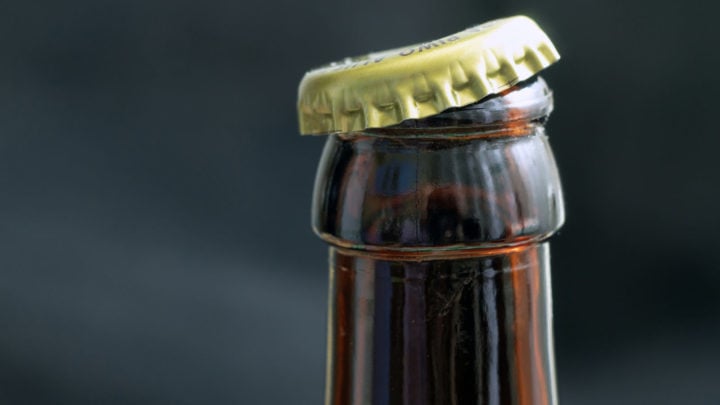 The government wants to put a lid on cash spending in Australia with its ban on cash transactions above $10,000. Source: Getty.

The controversial cash-ban bill revealed in the 2018-19 Budget has concerned Australians who feel the move is being brought in to force them to use a flawed banking system.

The bill, officially known as The Currency (Restrictions on the Use of Cash) Bill 2019 and first flagged in last year’s budget, will introduce a cash limit of $10,000 for payments made or accepted by businesses for goods and services.

The government’s Black Economy Taskforce final report originally recommended the need for a cash limit to protect against organised crime syndicates who use big wads of cash to operate freely in a ‘black economy’ under the eyes of authorities. Following the report, the 2018-19 Budget announced the cash ban, saying it would protect against crimes such as tax evasion and money laundering.

The proposed bill suggests that anyone caught using more than $10,000 in cash to pay for goods or services is slapped with a two-year jail sentence as punishment. While the bill passed the lower house late last year and was due to become a law on January 1, it will now be delayed until a senate inquiry has looked into it, with the report due February 2.

The inquiry had received more than 2,000 submissions as of the beginning of December, including from stakeholders who voiced their concern over the restrictive bill. The Australian TaxPayers Alliance (ATA) is one of the bodies that urged the senate to vote ‘no’ on the bill.

“A $10,000 restriction on the use of cash would harm small businesses, give more power to corporate banks and would fail to restrict any criminal activities,” Dye said.

“Many Australians still use cash and wish to continue using this legal tender for their privacy and security. Banks and electronic payment methods are not always reliable. Look at the bushfire crisis and the thousands of Australians forced to use cash during a natural disaster.”

Dye also spoke about the pressure some Australians may feel to move into the banking sector against their will once payments over $10,000 are only accepted electronically or via cheque.

“Let us not forget the royal commission into the banking sector,” she said. “Without healthy competition and restriction banks, particularly corporate banks will abuse their powers. Lower interest rates and higher bank fees hurt hardworking Australians.”

Meanwhile, a submission by the Australian Small Business and Family Enterprise Ombudsman pointed out that a cash limit penalised rural and remote communities where poor internet connections made electronic banking more difficult, as well as situations in which a consumer’s daily funds transfer limit or credit limit was less than the amount due on the day.

Among the objections, there were several organisations support the bill too, including Charted Accountants Australian and New Zealand (CAANZ), which said the anonymity of cash made it easier to avoid reporting income and therefore evade tax. CAANZ also said that limiting cash would help businesses that didn’t want to accept large cash payments for security reasons, as well as address the black economy, without seriously inconveniencing Australians who used cash for legitimate purposes.

Although not completely disagreeing with the bill, Gumtree and Flight Centre, alongside the Australian Funeral Directors Association, asked for exemptions for businesses in cash-heavy industries if the bill passed.

Cards first overtook cash as Aussies’ preferred form of payment in 2016 but the Reserve Bank of Australia pointed out at the time that Australians still liked cash better for low-value transactions, with the median value of cash deals being around $12.

Will a $10,000 cash limit bother you, practically or philosophically?