InstagramFollow us on Instagram
chevron_right
In Money on Tuesday 1st Oct, 2019

Why cash isn’t king anymore for most financial transactions 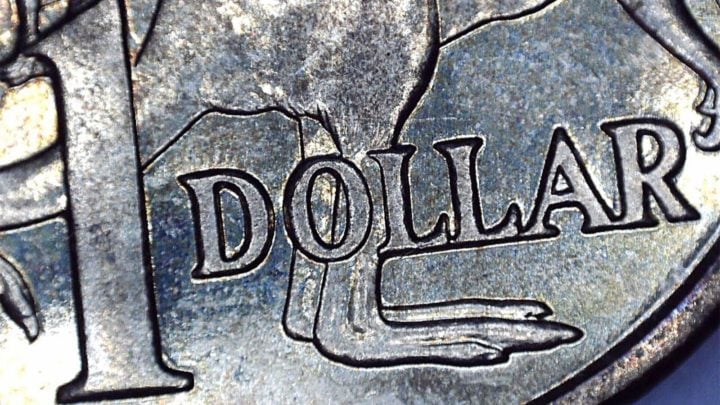 Has the humble dollar coin had its day? Cash is no longer king for most of the transactions Australians now undertake.

Humans have been using cash for about 40,000 years, ever since we worked out that exchanging currency for a good or service was more convenient than, say, handing over a goat or a flint.

Today, currency remains our most relied-upon measure of value; no matter how many shares, properties or collectibles we own, we still think of their worth as a conversion to dollars and cents.

But cash – the cold, hard kind that we keep in our purse or pocket – appears to be going out of fashion pretty rapidly, as the good reasons we’ve long had for using it get eroded. In fact, cards first overtook cash as Australians’ preferred method of payment in 2016, according to the Reserve Bank of Australia (RBA), when debit, credit and charge cards accounted for 52 percent of transactions, compared to cash at 37 per cent.

It was a huge change on the situation just nine years previous, when cash accounted for almost 70 per cent of transactions and cards just 26 per cent, and looks set to continue. But, are there still areas in which cash remains king?

The RBA says cash is still commonly used by Aussies for low-value transactions – the median value is around $12 – and there are certainly moments when only cash will cut it, such as at the local fruit and veggie stall or flea market. But tap-and-go and contactless payment technology is reducing the use of cash even for small transactions.

“Most places are realising that they get more business if they accept tap-and-go,” Rob Lockhart, a financial educator at Westpac’s Davidson Institute, says. “And most people find it the most convenient way of paying. The only real downside is you actually have to go in and look what you’re actually spending your money on. When we used cash, we knew when we ran out of cash but now, we just keep tapping.”

Cash has certainly been helpful in keeping us on the straight-and-narrow of spending. After all, it was pretty hard to mistake the point at which the small, brown envelope of cash you received on payday is empty.

But there are now many free budgeting apps that, when attached to your online bank accounts or uploaded with your transaction info, track where and how much is spent in key expense categories. Many banks provide budgeting functions as part of the apps used by their own online banking customers – so being able to make multiple purchases with a few simple taps isn’t really an excuse for reckless spending.

To be sure, since the first Bankcard was introduced in Australia in 1974, there have been people who find it too easy to overspend on credit cards. But it’s hard to argue that’s entirely the fault of the cards themselves, since the concept of credit – and individuals who’re inclined to misuse it – existed long before they were available.

Myth busted: Cash the only way to teach kids the value of money

There are many ‘pocket money’ apps designed to make saving fun for children, including the Australian-made Spriggy that can be used by kids from the age of just six. And children’s savings account, such as Westpac’s Bump account, often offer visual displays that show the young account-holder how their savings are tracking against a defined goal.

It’s true that cash, unless it is badly damaged, just works. With cash, you never see a ‘card declined’ message and don’t have to worry if the ATM is on the blink. That’s no doubt why most people like to keep a few dollars tucked away; the RBA says about 70 per cent of Australians keep cash (typically less than $100) somewhere outside their wallet.

But Aussies have clearly already decided that when it comes to larger, regular outgoings, they prefer online transactions; in 2018, 60 per cent of Australians used BPAY – one of our country’s great unsung inventions – to pay their bills.

E-commerce is another sphere in which a card is not just more convenient, it’s the only way to transact. According to Australia Post, the amount Aussies spent on goods online was equivalent to 10 per cent of total Australian retail spending in 2018! Meanwhile, in bricks-and-mortar stores, the rise of digital payment systems such as Afterpay and digital wallets such as Apple Pay and Samsung Pay mean that shoppers don’t even need a card, because they can pay with their smartphone.

“Cash is now taking a back seat,” Westpac’s Lockhart says. “It’s time to start embracing some of these other payment methods which make it simpler and easier.”

In many ways, cash is actually far from convenient. For a start, it’s easy to lose – to demonstrate, just go and check how much of it is down the back of your couch! Cash can be hidden and then forgotten, and it can be destroyed. If either of those scenarios occur, there’s no chance of getting your cash replaced as you would a lost or destroyed debit card.

On top of these obvious detractions, cash is also a prime target for burglars because in most cases it can’t be traced. More broadly, it’s the security element that makes cards preferable these days.

Rob Lockhart says that many businesses feel that dealing with cash is too much hassle. “Some places are even starting to say now that they don’t take cash because cash is now a security risk,” he points out.

The increasingly advanced fraud detection technology used by banks means giving up cash in favour of plastic can actually provide greater security both for businesses and individuals. “It’s a lot more secure to use a card or use digital methods to make a payment nowadays,” Lockhart says.

For those who remember times when banks could collapse, taking savers’ money down with them, a wad of cash under the mattress offers a feeling of security. In fact, the RBA says that just 15-35 per cent of banknotes in circulation in Australia at any given time are used for legitimate transactions, while up to 35 per cent are hoarded somewhere.

But since 2008 savers have been protected by a government guarantee that protects personal deposits with banks, building societies and credit unions up to a value of $250,000 at each institution.

Cards a clear winner in travel

One part of life cards has made much easier is overseas travel. Instead of having to exchange Aussie dollars for multiple foreign currencies, plus some traveller’s cheques as a back-up, holidaymakers have a choice of using their Australian debit or credit cards or a global currency card while overseas.

“With global currency cards, you can transfer money to it, then transfer it into the currency you’d like to use,” Lockhart explains. “You can go to ATMs all over the world and get cash out if you actually need to use cash, or you can use them as debit cards pretty much anywhere you go now.”

Most Australians are accustomed to paying for flights and accommodation online now, but undertaking the transaction with a credit card has advantages you can’t obtain from a debit card, let alone cash, because you may also receive complimentary travel insurance and earn points that can be redeemed in the form of flights, hotels or upgrades.

Plus, if you lose your card overseas or have it stolen, it only takes a call or email to your bank to ensure your account can’t be accessed. Now, that’s something you could never do when someone made off with your pesos!

Is cash still king for you? Or do you use cards for most transactions? Do you expect cash to die out entirely in your lifetime?