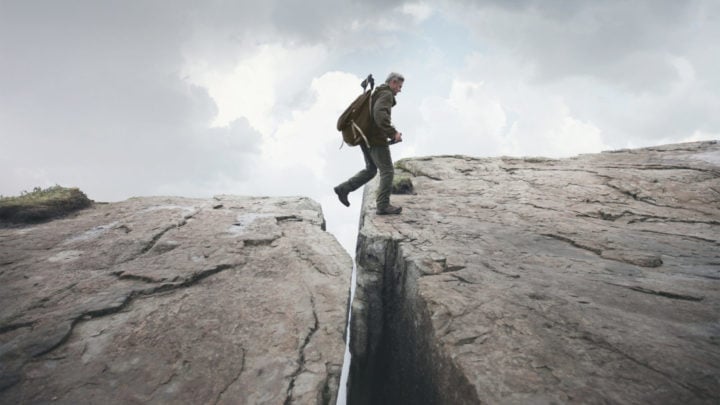 Many working pensioners have fallen into the financial gap where they aren't receiving any government payments at all. Source: Getty.

Sharon worked two casual jobs to supplement her Age Pension to help cover her expenses and make her life a bit more comfortable. But following the Covid-19-induced economic whirlwind, the 68-year-old lost these jobs and is struggling to get by on the $472 a week she receives from the pension.

That’s because she’s fallen into a little-recognised financial gap that plenty of other working pensioners are no doubt suddenly experiencing.

Sharon, whose name we’ve changed to protect her privacy, is now using the money she received from selling her home to pay her $650 a week rent along with everyday expenses such as insurances, groceries and household bills. When she was working, making these payments was do-able but without her two additional income streams, Sharon says she’s been forced into a “complete lifestyle change” to make ends meet.

Nor is Sharon able to access $1,500-per-fortnight JobKeeper payment because her casual employment was with a state government agency, which isn’t eligible to receive JobKeeper payments for workers stood down due to Covid-19. To receive a JobKeeper payment, casual workers must have working regularly for at least 12 months with the same employer.

“There are kids out there that are 14 or people that have been on the dole for years who are getting more money [from the government] and probably a lot of them haven’t even paid taxes,” Sharon says. “And here we are, and we’re just left out of it.”

A spokesman from Centrelink confirms that there isn’t any additional assistance available for working pensioners like Sharon, who need employment income to cover their expenses. The single maximum-rate age pension, with all supplements, is worth $944.30 a fortnight – considerably less than the JobSeeker and JobKeeper payments.,

Pensioners are, however, eligible for two one-off $750 Economic Support Package payments. The first of these supplementary payments has already gone out and the second will start being paid on July 10.

Sharon says although the support payments have been helpful, they only covered her rent for about two weeks of the two months she’s been in her new rental home. Now, because of the added financial pressure, she has been dipping into the money she made from selling her home.

Financial expert Nick Bruining agrees that there’s not much in the system for people in Sharon’s position.

“It’s probably a situation where she’s falling in between that gap where the pension isn’t quite enough and the employment income was a little bit of a sweetener for her,” Bruining says. “But unfortunately, she won’t qualify for anything regarding JobSeeker.”

Bruining suggests it might be time for those over 65 who are stuck in this situation to take advantage of the unrestricted, tax-free access they have to superannuation funds to supplement some income. However, like many in her situation, Sharon is avoiding touching her super because her balance has already taken a hit as markets fell amid the coronavirus panic and she doesn’t want to be left penniless in her older age when she may no longer be fit enough to work.

After being in the workforce for more than 50 years, pensioners like Sharon have begun to feel cheated by the system.

“I don’t think the government has done the right thing by the pensioners and that’s quite obvious,” she says. “I don’t think they’ve thought it out. They haven’t thought about the thousands of people over 60 who have been supplementing their pension to survive.

“It’s all about what’s owing to you and what’s fair and I don’t consider it fair to the pensioners. And I know I’m not the only one in this situation who isn’t getting the money we should be getting like everybody else.”

Do you fall into this gap? Does this issue deserve more attention?