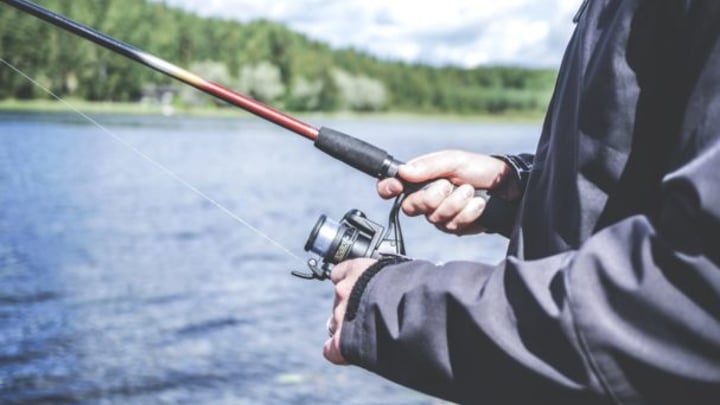 "Pick four large ones out and throw them at me, will you?" Source: Pexels.

Jim had an awful day fishing on the lake, sitting in the blazing sun all day without getting a single bite. On his way home, he stopped at the supermarket and ordered four catfish. He told the fish salesman: “Pick four large ones out and throw them at me, will you?”

“Why do you want me to throw them at you?”

“Because I want to tell my wife that I caught them.”

“Okay, but I suggest that you take the orange roughy.”

“Because your wife came in earlier today and said that if you came by, I should tell you to take orange roughy. She’d prefer that for supper tonight.”

Daily Joke: A man was stopped by a game warden

A man carrying two buckets of fish was stopped by a game warden as he left a lake well-known for its fishing.

The game warden asked the man: “Do you have a license to catch those fish?”

The man replied to the game warden: “No, sir. These are my pet fish.”

“Yes, sir. Every night I take these here fish down to the lake and let them swim around for a while. I whistle and they jump back into their buckets, and I take them home.”

“That’s a lie! Fish can’t do that!” replied the warden in disbelief.

The man looked at the game warden for a moment and then said: “Here, I’ll show you. It really works.”

“I’ve just got to see this!” The game warden was curious.

The man poured the fish into the river and stood and waited for a moment.

After several minutes, the game warden turned to the man and said: “Well?”

“Well, what?” the man responded.

“When are you going to call them back?” the game warden prompted.

“Call who back?” the man asked.

“The fish!” the warden said sternly.

“What fish?” the man asked.

Daily Joke: A young man goes to a store looking for a job

A teenager goes to a store looking for a job. The manager says: “Do you have any sales experience?”

The boy says: “Yeah, I was a salesman back home.”  The boss gives him the job and says: “You start tomorrow. I’ll come down after we close and see how you did.”

His first day on the job is rough but he gets through it. After the store is locked up, the boss comes down and asks: “How many sales did you make today?”

The boss said: “A guy came in here to buy a fish hook and you sold him a boat and truck?”

The boy answers: “No, he came in here to buy a box of tampons for his wife, and I said, ‘Well, since your weekend’s shot, you might as well go fishing’.”