InstagramFollow us on Instagram
chevron_right
In Estate Planning on Friday 28th Feb, 2020

The great Aussie dream of homeownership isn’t right for everyone 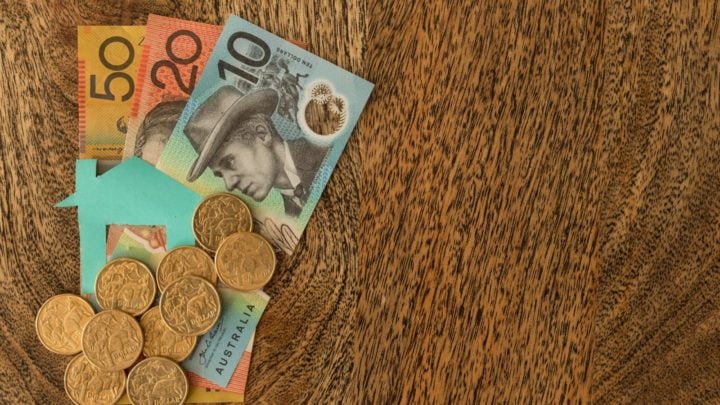 Saving up to buy a residential property has long been the Aussie way but increasing numbers of people are deciding it’s not for them.

Owning your own place can be great. You’ve got a roof over your head, without being at the mercy of a landlord. Plus, you can paint the walls red, hang pictures wherever you want, dig holes in the garden, anything you like, really.

But freeing yourself from the landlord’s shackles comes at a cost. Even in areas where housing is more affordable, all the extra costs of homeownership mean it can still be expensive to get into the market.

What about renting instead? To some, renting is still a second-class option or a temporary fix. But that’s changing. After averaging nearly 70 per cent for half a century, homeownership levels fell to a record low of 66 per cent in 2017-18.

It’s true that younger people are priced out of the market in some areas and are renting because they’re unable to buy a property, and that some older Australians end their working lives never having been able to get onto the property ladder, often due to periods of unemployment, low wages, divorce or being a carer for children or other family members.

But that only tells part of the story. There are, in fact, logical reasons Australians may choose to rent rather than buy.

The old ‘rent money is dead money’ claim has been around for a while. The argument is pretty simple; instead of paying money to a landlord, that money could be used to pay off a mortgage.

If taken very literally, the theory works; yes, the money paid to a landlord could be used to make mortgage repayments. But as we’ll show, homeownership’s an expensive business, in which mortgage repayments are just one of the costs of being a homeowner.

The other common argument for homeownership is that although rent is often cheaper than mortgage repayments, if you rent long term, you’ll miss out on any increase in property values and end up financially worse off overall.

But do the numbers stack up? The Reserve Bank commissioned a research paper in 2014 to find out.

The report’s authors, Ryan Fox and Peter Tulip (one who’d just bought a house and the other a committed, long-term renter) looked at the costs involved in renting and owning and historical property price appreciation.

Their finding? “If real house prices grow at their historical average pace, then owning a home is about as expensive as renting,” Fox and Tulip said. “If prices grow more slowly, as some forecasters predict … the average home buyer would be financially better off renting.”

One of the big benefits of renting over buying a home is the smaller up-front cost, which might only entail a security bond and the cost of a removalist.

When you buy a house, though, it’s not just the sticker price you’re paying. You’ll need plenty of extra cash for all the extras, including the stamp duty charged by your state or territory government.

Stamp duty varies across the country but expect to budget around 5 per cent in total buying costs. As an example, if you buy a $500,000 property in Victoria, you’ll need to find around $22,000 to cover the stamp duty bill.

Then, when you sell, you’ll have to pay thousands in real estate agents’ fees and commissions as well, which usually come to about 4 per cent of the property’s sale price. On our $500,000 Victorian property, that comes to $20,000.

Don’t forget the other costs of home ownership

To keep a property in good shape, you’re also up for the cost of regular maintenance and big ticket renovations every once in a while (unless you fancy living with a 1970s kitchen forever). Some in property say you should set aside 1 per cent of the value of your home each year for repairs and maintenance. That’s an annual $5,000 cost for our Victorian property.

Of course, there are other regular payments too, such as council rates, that add to the total cost of homeownership. The Australian Bureau of Statistics’ most recent report on housing occupancy and costs found that the average weekly housing cost for Aussie mortgagees was $484, versus $366 for renters and $53 for homeowners without a mortgage.

That’s a point worth considering as increasingly large numbers of Australians retire with a mortgage.

But not many of us make important life decisions such as whether to buy or rent based on what a calculator spits out. Most times, lifestyle is more important than money.

What about the inflexibility of home ownership?

Sick of the rat race and fancy a move to the beach or the bush? You’re not alone.

Every year, thousands of Australians sell up in capital cities – especially Sydney – and move somewhere completely different. Some no doubt say it’s the best decision they ever made, while others decide it was the wrong decision, and head back home. If you’ve bought a property in your tree-change location and have to sell, that can be expensive.

The alternative? Try before you buy. Renting for a while gives you the chance to settle into your new location without committing to property ownership.

You might also fancy living somewhere you could never afford to buy but offers affordable rental properties. That way you could spend a few years living near the beach, then head back to be closer to your family and friends.

Help for renters and home owners

If you receive least a part Age Pension – and two-thirds of older Australians do – then renting has its advantages in the form of Rent Assistance payments.

For homeowning retirees, there hasn’t always been a lot of help (although some say the fact that you can own a valuable property and still receive the Age Pension at all is pretty generous).

Now, though, there’s the Downsizing Contributions into Superannuation scheme. In short, if you’re 65 or older and have owned your home for more than 10 years, there’s an opportunity to sell your family home and deposit as much as $300,000 (for singles) or $600,000 (for a couple) into super without it affecting your contributions caps.

Under the downsizing to super rules, you don’t have to buy another home – you can keep your options open and rent instead. But it’s important to remember that any money from your property sale that’s left over after your super contribution will be assessed by Centrelink under the Age Pension income test.

You might just find that you don’t miss the costs of property ownership and renting is a life choice that sets you free.

Do you think owning beats renting every time? Or have you done both, to weigh up the pros and cons of each?