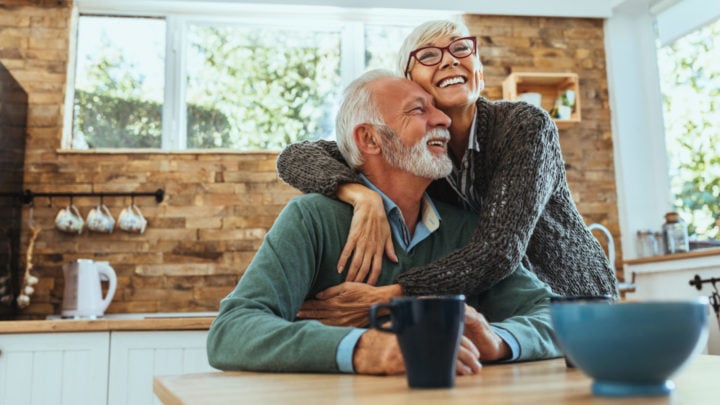 A new WPP AUNZ report has revealed Aussies aged 50 and over are happier than other stages of their lives, and many are still working. Source: Getty

Older Aussies are seemingly throwing the rule book out of the window when it comes to retirement planning, all-the-while dismissing common misconceptions that over-60s are frail and no longer able to contribute to society.

Instead of caving to pre-conceived ideas about what retirement should look like, Baby Boomers are actively engaging with their communities, with many still earning a living well past what is considered the usual time to give up paid employment, according to a new report released today.

The Secrets and Lies report, compiled by company WPP AUNZ, has revealed the true thoughts that over-50s have about life and, perhaps surprisingly, work still plays a major role in their lives, with 69 per cent of respondents believing ‘age has never been less relevant’.

In fact, 61 per cent of the 2,000 survey respondents, say they’re living the best years of their life, with many adding that they have no intention of retiring in the traditional sense.

“They might change the way they work, how they work, how much they work, or even what they do for a living, but this ‘ageless’ sentiment lacks the new language needed to describe it,” the report says.

The study claims over-60s aren’t afraid to try out new things, explore their passions and chase their dreams. They’re working, travelling and actively building their savings, with no desire to slow down any time soon.

As part of the study, many Aussie Baby Boomers shared their own thoughts on what they want from the next stage of their lives, with paid employment still firmly on the cards. And the main reason for continuing to work wasn’t purely out of necessity, but because they wanted to play a part in their communities and fulfil those bucket list items. And despite what may be believed, it’s not just the Millennials starting their own companies, with a whopping one-third of Aussie start-ups founded by over-55s.

“I want to work in the local community and to travel a lot more,” a 60-year-old female survey respondent says. “I’m a photographer and I do a lot of pro bono work for the UN, for the refugee agency shooting stills in war zones and in third-world countries. And I’m really keen to see more of the world. In fact, at Christmas this year I’m going to Iceland, which will be my hundredth country.”

The report claims working later in life has helped over-60s tremendously, setting them up for a more financially stable future and giving them the opportunity to explore their own interests, instead of constantly tending to the kids. They have freedom, and they’re using it to their advantage.

“My wife and I both still work,” a 67-year-old male says in the report. “We travel, we spoil the grandkids when we choose to see them. We’ve never been happier or had more eclectic lives.”

Another man, aged 62, says: “What excites me about my current lifestyle is that I’ve completely reinvented myself. I’m doing a new job and I’m very excited about it.”

“If you look historically how we used to retire, it’s very different to how we retire these days,” she explains. “I think we are seeing lots of gradual retirement or when people choose to retire and then un-retire.”

Instead of jumping on the retirement bandwagon once you’ve hit a certain age many people are choosing to gradually do away with full-time employment. It’s different for everyone depending on your financial and personal circumstances,  so you may cut back work by one or two days for a few years before hitting the stop button.

For 59-year-old Rose Smith there is no chance of slowing down any time soon, with the Aussie starting up her own business Absolute Soul Secrets at the age of 40. Speaking to Starts at 60 recently, the psychic says at this rate she’ll probably continue working until she’s at least 75, maybe even 80, and not because she has to, but because she loves it.

“Just because you’re 60 it doesn’t mean your life’s work is done,” she explains. “The most exciting part may still be on the horizon. I don’t believe there is an actual age to stop or start anything.”

Adding: “Be open to new things. At 40 I started this business and now at 60 I’m just getting my YouTube channel up and running. I’m not a YouTuber which is a whole new career. I’m actually earning money from that source too, it’s not very much, but it’s a start.”

Have you given up paid employment completely or do you plan to continue working for as long as possible? Do you feel your age?