The secret to ageing well: Say yes to new opportunities 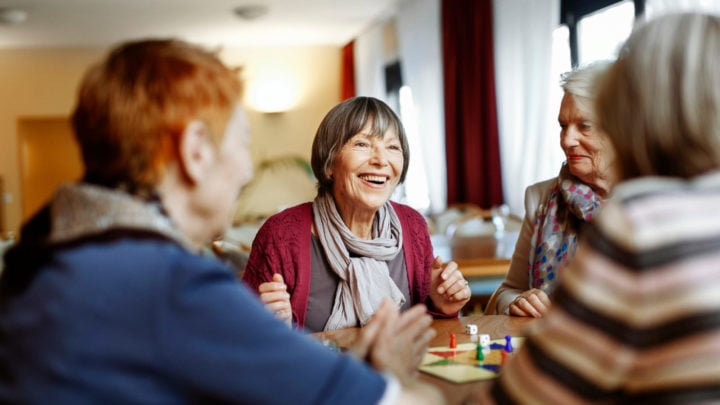 Embracing new experiences and opportunities is the key to ageing well, an expert has said. Source: Getty

The realisation that you’re getting older can prove difficult, with the sign of grey hairs or aching joints bringing despair and thoughts that your time is running out.

Perhaps you find yourself puffing when walking up a flight of stairs, or maybe you’re starting to see the doctor more than you see your own kids as health concerns add up. It can be a worrying time and many do all they can to delay the ageing process, daydreaming of a time years ago when they had their whole lives ahead of them.

But there’s one thing for certain, if you’re focusing on the negatives and times past, you’re definitely not going to enjoy your later years, and if research is correct, your life could be cut short due to all the worrying and dread.

According to a study by Happify, people who are positive about ageing live for 7.5 years longer than those who don’t. That’s why aged care expert Marcus Riley says you need to change your mindset and focus your energy on embracing ageing.

It sounds easier said than done, but Riley says you must knock back the negative stereotypes associated with ageing and learn to forge your own future. The positive ageing advocate recently released his book Booming: A life-changing philosophy for ageing well, where he talks about the challenges and successes associated with getting older and why you need to say ‘yes’ to new opportunities.

Part of the process involves removing yourself from the ageist attitudes that are ingrained in society. Riley says these views are having a detrimental effect on seniors, forcing people to believe that life is somewhat over when you reach 60 – which is completely wrong.

According to Marcus, who has 20 years of experience in the ageing industry, we must move away from the fixation on the chronological age and focus on the other two forms of ageing – our biological age and our psychological age – which relate to how our body and mind feel.

“It’s those two forms of ageing which have a really great ability to influence our wellbeing through later life,” he says. “We have a choice between whether we really want to grab hold and control our later life journey and age successfully, or we succumb to the negative stereotyping and essentially withdraw and wither away.”

Riley says the first step is to have a positive mindset and be open to doing new and different things that perhaps you hadn’t considered before. Next, think about what you want from your future, what’s important to you, where you want to be, what you want to be doing and what relationships are important. Then turn this into a plan for the future.

And lastly, maintain a sense of purpose by tapping into your passions and things that feed your self-worth. For some, this could be the role you play in your family, while others might have the desire to stay in the workplace for as long as possible, or get involved in community groups.

“Have conversations with people who you think will be helpful in that regard, whether it’s expert advice or advice from family and friends,” Riley says. “But, remember to always come back to the fact that it’s your life and your choices.”

Do you agree with the expert? Do you embrace new opportunities?