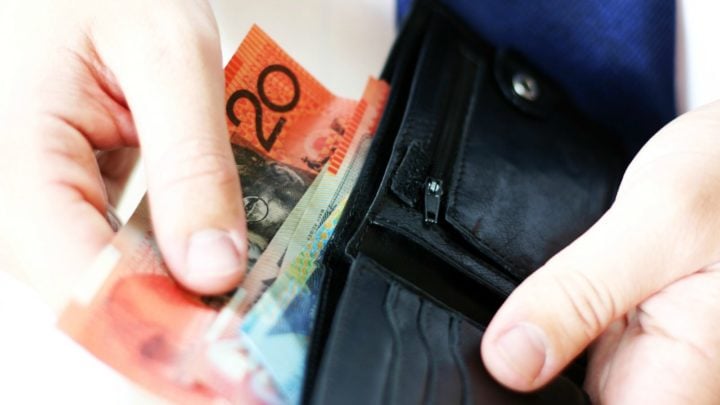 There have been repeated calls to raise the rate of Newstart, however Deputy PM Michael McCormack recently claimed it is only intended to be a "stop gap". Source: Getty.

For those approaching retirement, the time should be spent dreaming of long-delayed travel and quality time spent with loved ones after giving up work, but for many in Australia the reality is very different as figures have previously revealed that older Australians spend longer on Newstart than younger jobseekers, with many then transitioning straight to the Age Pension.

However Deputy Prime Minister Michael McCormack rebuffed the idea of raising the unemployment payment this week, saying it’s intended as a “stop gap”, as he told Sky News: “A job, any job will be better than none at all and it will be better than living on welfare and certainly with Newstart, it is that stop gap, it is that safety net measure. It’s not meant to be a living wage.”

Now one columnist has hit out at the Deputy PM arguing that, for those in the later stages of their careers, the payment does end up becoming a living wage, until they reach the age of 67 and become eligible for the Age Pension – or, find a job.

Writing in The Guardian, journalist Greg Jericho said that while McCormack’s comments may be true to the large proportion of young unemployed Aussies, he added: “As our population ages, more and more people in their 50s and 60s are experiencing unemployment. And worryingly, they are also more likely to experience it for a long time.”

“Yes, Newstart is supposed to be temporary, but temporary and stop gap can understate just how long that period can be,” he continued, adding: “For many that stop gap lasts longer than half a year, and the closer you get to retirement, and supposedly more likely to be within the government’s target voting block, the more likely that stop gap will last a very long time indeed.”

Jericho’s comments follow repeated calls from advocacy groups and other pollies to raise the rate of Newstart, with charity The Benevolent Society last year backing the ‘Raise the Rate’ campaign to draw attention to the inequality that people in their 50s and 60s face in the field of employment.

Shocking data shared with Starts at 60 by the charity last year revealed that older Aussies actually spend longer on the dole than unemployed people in their 20s, debunking the “myth” that Newstart is a young person’s payment.

The findings, collated by the Australian Bureau of Statistics, revealed that there were 174,532 Aussies aged 55 to 64 signed on, compared to 156,664 between the ages of 25 and 34. While there are more older Aussies simply in receipt of the benefit, the data also showed that unemployed Australians, aged 60-64, remain on the unemployment benefit for an average of 187 weeks before signing off, compared to 104 weeks for those aged 25-29.

Joel Pringle from The Benevolent Society told Starts at 60 at the time that these figures show an alarming number of older people are “stuck on Newstart in the years leading up to retirement”, which then contributes to the increasing problem of pension poverty suffered by recipients of the Age Pension.

“The Benevolent Society is supporting the campaign to increase the rate of Newstart because it’s at punishment level and is affecting people across all age groups,” Pringle said. “It’s a myth that it’s a young person’s payment and it’s one of the drivers for poverty for people who are on the Age Pension because they’ve lost all of their assets in the years prior.

Many Starts at 60 readers have also found themselves struggling to find work for long periods of time with some struggling to get by on the unemployment benefit, while others have been left downcast due to constant rejections.

Grace Scriha, from Mackay, said the experience of finding herself unemployed last year left her feeling “depressed” and “useless”.

“I believe that now, in employers’ eyes, I am ‘too old’,” she said. “I am depressed, I feel useless, forgotten, a nobody. Being unemployed affects me very much because I have so much knowledge and experience to pass on to younger generations.”

While reader Jenny Brown told us she experienced a nightmare time on Newstart over the past two years, after being forced to apply for the maximum number of jobs per fortnight and being told to undertake a number of intensive courses to “update her skills”, none of which resulted in a job.

Have you ever claimed Newstart or struggled to find work later in life? Do you think the current rate of Newstart is too low?