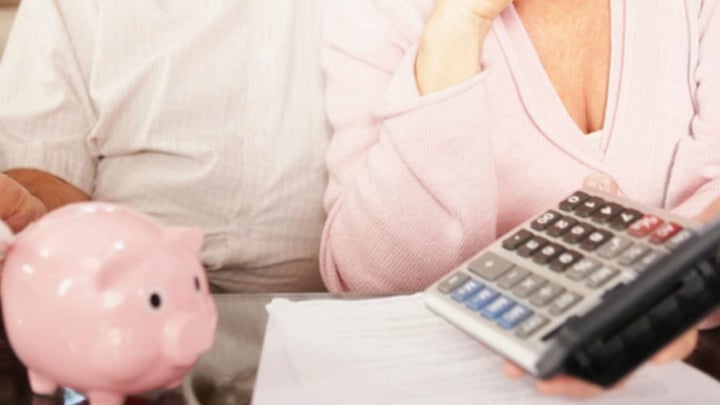 Bill Shorten ruffled plenty of feathers among older Australians in March last year when he announced his plans to scrap cash refunds for excess franking credits, should he be elected as prime minister at the next election.

However, the proposed policy came under fire almost immediately from both the government and members of the public, initially causing the ALP leader to backtrack slightly just two weeks later when he altered the policy to spare all full and part time pensioners.

It’s still a policy that has rubbed many self-funded retirees up the wrong way though and in September, with an election just months away, Treasurer Josh Frydenberg ordered the Standing Committee on Economics to conduct a parliamentary inquire into the opposition policy, a move that has been described by Shadow Treasurer Chris Bowen as “an abuse of process”.

The government invited members of the public to make submissions to the Standing Committee on Economics and, so far, almost 1,000 people have shared their own views and experiences in relation to how the so-called “retiree tax” may impact their lives should it be passed into legislation.

This week, the government hosted five public hearings across the state of Queensland, chaired by Tim Wilson, the Liberal Member for Goldstein. Here’s what was said:

The committee kicked off the week in Townsville, where Dawson MP George Christensen began proceedings by saying: “It’s really, really immoral to affect people in this manner who have saved and scrimped and worked hard their entire lives.”

Several locals who stand to be impacted by Labor’s proposal also spoke at the hearing, sharing their personal tales and divulging what percentage of their retirement income they stand to lose should the change be passed into legislation.

One such person was Carol Moss who was applauded by members of the public after revealing she could lose as much as $12,000 per annum if refunds for excess imputation credits are scrapped by the ALP.

“I was a single mother from [the] age of 42, my ex-husband went broke and I had to start again with two children,” she said. “I saved very hard to have enough money not to be a burden on the community. I didn’t want to go on the pension.”

Self-funded retiree Rex Grattidge told the panel he is completely dependent on dividends from shares for most of his retirement funds and stands to lose 25 per cent of his income, and Tim Kestevan is so opposed to the proposed policy that he will not be voting Labor for the “first time in his life”.

Gill Fletcher raised concerns over fellow retirees being directed to invest in high-risk shares rather than relying on dividends, while Anne Nelson, from North Queensland Retirees, said the move would “tax people on the basis of who manages their money”.

Financial planner Dennis DiBartolo also addressed the committee, speaking on behalf of many of his clients who he said would be affected by the policy, which he described as “political suicide”.

“I can’t really follow the thought process behind why we want to constantly tinker with clients that have got to a stage where they have created their own wealth, they have paid tax throughout their lives and they’re investing here in our local economy and country,” DiBartolo said. “I think a more logical solution would be to focus on clients that are still in accumulation phase.”

While local accountant Carl Valentine agreed, saying there are now “too many disincentives to accumulate wealth” and argued for a revamp of the taxation system in Australia.

“This is the number one issue amongst many of the retirees in my electorate,” Member for Fisher Andrew Wallace told the committee. “These are people that have worked hard all their lives and the Labor party wants to pull the rug from under them.”

Retired pharmacist Keith Muller, 65, who has not renewed his licence and so cannot return to the workforce, said: “I would like to think any government would wish me a happy and well deserved retirement, instead the Labor party would choose to portray me as a rich retiree receiving an unfair rebate.”

Alan Stubbs suggested the policy could be an issue of “class envy” from Labor and fellow local Ray Trestrow described Shorten’s plan as “totally wrong and against all the benefits of Australian society”.

However it was Graham Robinson’s speech which attracted the biggest response of the day, after he suggested that affected retirees should band together and launch legal action against the Opposition Leader should his plans become reality.

“I would suggest if Labor does get in that the 900,o00 retirees that are affected should take a class acton against Bill Shorten for abuse of the elderly,” he said.

Today’s the latest hearing into Labor’s #RetirementTax on the Sunshine Coast. @BowenChris think these people should shut up saying this process is “an abuse”. What a despicable attack on vulnerable Aussies who just want to be heard about this assault on their financial security! pic.twitter.com/3tLPDLW9A1

Prior to the commencement of Wednesday’s hearings, Shadow Treasurer Chris Bowen spoke to ABC Breakfast about the parliament inquiry, which he labelled a “sham” and an “abuse of process”.

“It is the first time in living memory that an inquiry has been set up on opposition policy,” he said.

Predicting a move to the Age Pension within two years if the proposed policy becomes law, Darrell Wilson said: “If this legislation goes through I’ll lose a third of my retirement income and be on a pension within two or three years. This is just another insidious means of crippling self-funded retirees and it has created a river of gold for the Labor Party.”

Peter Mackinlay became emotional whilst addressing the committee, slamming the potential move as discriminatory against hard-working Australians and revealing that he and his wife could lose around $9,000 of their $40,000 annual income under the changes.

“I find it really difficult what the Labor party is doing to us,” he said. “Here we are just going through life, we’ve got to a situation now where we are really enjoying life and they want to take it off us. It’s not fair and I don’t know what we can do about it.”

President of the Association of Independent Retirees Brisbane South, Vince Watson, 81, said the cancellation of excess franking credit refunds would place “severe pressure” on the nest eggs of older Australians who have put aside their hard-earned cash to cover the rising costs of aged care and health care.

While 67-year-old Margot Kelkman [sic] said she and her husband, who will lose 30 per cent of their retirement income, will be left with no choice but to put their hands out to the government for help, and Mike Murphy called on the ALP to consider who their proposed legislation is targeting.

He said: “We have a great deal of uncertainty about what the future holds for us but it’s particularly dangerous when it becomes apparent that there is now uncertainty about the past. It particularly applies to people who are in a lesser position to be able to adjust their future earnings because of their age, their infirmity, those sorts of things.”

Chris Bowen has defended his party’s policy proposal on a number of occasions, claiming that, if elected, the changes would allow a Labor government to invest more money into education.

In an opinion piece published in The Guardian on Thursday, Bowen said that, unlike the Liberals, Labor have been “upfront and explicit” with voters about their plans, as the country edges closer to a federal election.

“Did you know, for example, that the federal government spends $8bn on childcare, but $11.7bn on negative gearing and capital gains tax concessions?” he wrote. “That it spent $5.2bn on public schools in 2014-15, but $5.9bn the same year on being the only country in the world that sends tax refunds to shareholders who haven’t actually paid any tax?

“Our pledge to tackle these tax expenditures means the Liberals can run a scare campaign against Labor. But if we are going to increase our investment in important public services in a fiscally prudent way, we have to recognise that many of the tax concessions that some people have been used to as an entitlement are no longer sustainable and need to be reformed.”

Labor’s reforms to franking credit refundability means we can invest more in education and better fund our schools pic.twitter.com/tJj97dhDXr

Bowen’s federal counterpart Treasurer Josh Frydenberg also took the opportunity to take aim at his opposition rival, tweeting: “Yesterday @Bowenchris arrogantly dismissed concerns of retirees, telling them to vote against Labor. Today, he’s trying to back-peddle, labelling his comments “unremarkable”. Try as you might, @Bowenchris, but one million plus retirees hurt by your taxes know you don’t care.”

Prior to this week’s hearings, public sessions previously took place in Sydney, Melbourne and Dee Why, NSW, at the end of last year. Public hearings have also been scheduled for Merimbula, Chatswood and Bondi Junction, NSW, at the start of February.

What are your thoughts on this story? Would you be personally affected by the removal of franking credit refunds?