Aussies ‘more likely to divorce than shop around for cheaper insurance’ 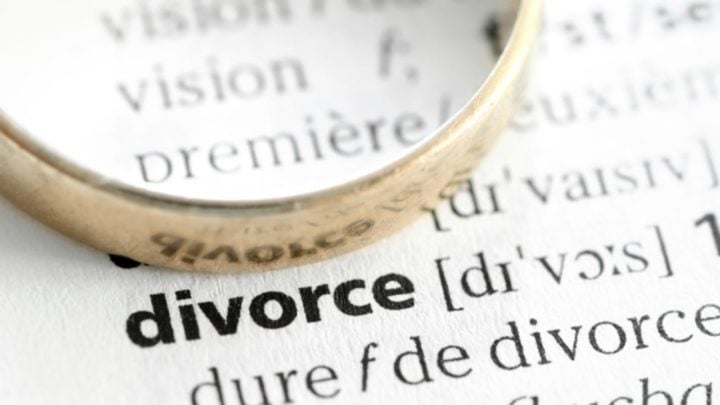 More Australians are filing for a divorce than they are shopping around for better insurance policy deals. Source: Getty

It’s no secret that hunting around for a good insurance deal can save you money, but alarming new data has now revealed that Aussies are actually more likely to divorce than change their insurance policy when it comes time to renew.

Despite rising living costs, many Australians are choosing to remain with the same insurer year after year, foregoing the opportunity to save money by switching providers, according to a new Roy Morgan survey of 50,000 Australians.

“Only one in five Australians switched insurance providers or renewed with the same company after shopping around in the past 12 months according to a new Roy Morgan survey of 50,000 Australians,” Silje Dreyer, co-founder of GetReminded – a free app helping reduce household bills by reminding people when their contracts expire – explained.

“I think it’s a combination of human behaviour where we like to stay with what we know and having no idea when the policy is due for renewal, leaving us little time to shop around.”

Shockingly, the likelihood of people exploring other avenues is far less than the current number of Australians filing for divorce, the study claimed, with an increased number of people choosing to stay with the same provider for years on end.

“It’s crazy to think the divorce rate which impacts two in five Australians is higher than people wanting to get the best value for money when it comes to household services,” Dreyer said.

“Over the past year, more than three quarters (78.4 per cent) of general insurance policies were renewed with the same company without approaching any other companies – an increase on the previous year when it was 77.5 per cent and currently represents 38.3 million policies.”

She added: “There are many reasons to switch insurers, including changed financial circumstances, a bad experience, or simply seeking better value for money.”

Dreyer also offered some words of advice for Australians nearing the end of their insurance policy, with a list of things to consider before handing over well-earned money.

This includes checking the excess – the amount paid to an insurer when you make an at fault claim – noting the inclusions and exclusions of a policy and considering grouping policies together to save money.

Read more: ‘Loyalty’ could be costing older Aussies more when it comes to health cover

However, the main suggestion was of course to shop around for the best deal and negotiate with the current provider to match or better a competitor’s offer.

The latest research follows reports earlier this year that Australians are also overwhelmingly loyal to health insurance providers, with many Aussies choosing to stay with one for years on end.

The research, carried out by Finder.com.au, found that more than a quarter of Australians have never bothered to switch health funds, with 34 per cent of those who have switched admitting to only doing so once in their lives.

Personal finance expert Kate Browne, from Finder, said she was shocked by how infrequently Australians changed funds, given that premiums have risen by 42 per cent on average since 2012.

“One of the great challenges with health insurance is understanding complex policies, and that alone can be enough to paralyse people,” she said.

“But loyalty really doesn’t pay off. While shopping around and researching the ins and outs of cover can be complicated, the savings every month could really add up over a year.”

Do you shop around for insurance policies or do you remain loyal to one provider?