Ever left the car unlocked? Bad habits to blame for hiking up insurance costs 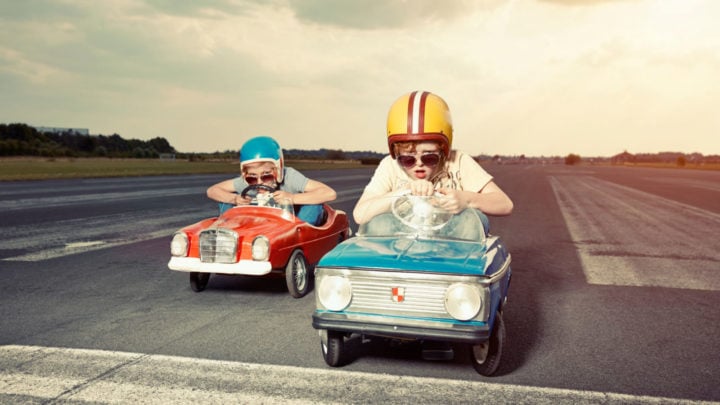 The survey found that more than half of Aussie drivers have left their car unlocked. Source: Getty.

More than half of Aussies could be to blame for price hikes when it comes to car insurance due to their bad habits on the road, a new study has found.

Poor driving practices, such as leaving the car unlocked, leaving valuables on display and driving with worn-down tyres, may all seem like fairly common errors, however they could also be the reason for rising premium costs or even leave drivers uninsured.

The survey, commissioned by Compare the Market, revealed that 54 per cent of drivers across Australia have left their car unlocked at least once, while 44 per cent have left the window open while their car was unattended and almost one third admitting to calling or texting behind the wheel.

A total of 1,000 drivers, with comprehensive insurance cover, took part in the study and were asked about a series of common driving mistakes which could leave them uninsured – or even endanger the lives of themselves and their passengers.

One in five confessed to driving with un-roadworthy tyres, while 27 per cent said they have left valuables, such as a handbag, phone or wallet, on show and 21 per cent admitted to leaving their keys inside the car after exiting the vehicle.

“These results should act as a wakeup call for motorists to adhere to these common car rules, both on and off the road, and not turn a blind eye to their personal safety or protection of their valuables either,” Rod Attrill, money expert at comparethemarket.com.au said.

“Drivers need to be diligent to understand what their motor vehicle insurance policy includes and if they may be at risk of not being covered or being hit with higher premiums due to their hazardous road behaviour.”

What are your thoughts on this story? Would you describe yourself as a careful driver?