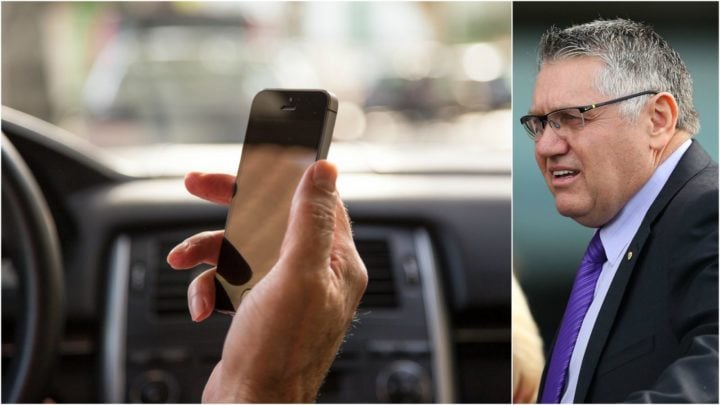 Radio star Ray Hadley has made a powerful call for drivers to be stripped of their licences if they are caught using their mobile phone behind the wheel, after a string of devastating crashes in recent weeks.

The shock jock said the law needs to be changed when it comes to drivers who use their phones whilst in control of a vehicle, following the tragic death of 21-year-old Shania McNeill from Queensland who was killed in a head-on collision on Sunday.

Video footage has since emerged online showing the young woman driving shortly before allegedly losing control of her car which resulted in the fatal incident. The clip, originally shared on social media platform Snapchat, has since been shared widely, while McNeill’s two surviving passengers have also shared selfies as they recover in hospital.

Hadley said: “Young people seemingly want to put everything online … but it does get to the stage where you think you have lost a friend in an incident, do you really need to take a photo of yourself in a neck brace in hospital and depict that as some sort of news?”

Sunday’s accident has renewed the debate on mobile phone use among Australian drivers and, speaking on his 2GB breakfast show on Tuesday, Hadley took a firm stance on the matter as he spoke to NSW Assistant Commissioner Michael Corboy about the incident.

“If we see young people, and older people, losing their life because of mobile phone use, something has to give,” he said. “In other words you better ring a cab to get home… you’ve lost your license as of now.”

He added: “My point is, I don’t think the $300 and the three or points is enough. I think the message is not going to get through, until someone says ‘If you’re caught on your phone, you will lose your licence immediately for one or two months’.”

Currently drivers who are caught using their phones are issued with demerit points and an on the spot fine, which ranges in cost from state to state.

Corboy revealed that 9,000 tickets have been issued this year for mobile phone use in NSW, with 1,000 of those issued to P-plate drivers. However the biggest percentage of those caught using their phones are aged between 26 and 35.

“We need to get the message through, you’re going to die, if you keep doing this,” Corboy added. “Or more importantly the innocent people coming the other way will be put in danger.”

New South Wales Police confirmed that a total of 19 people lost their lives in the state over the recent school holidays. Seven of those deaths occurred over the Anzac weekend, however this is fewer than during the same period in 2018.

The Assistant Commissioner said that many people made bad choices whilst driving over the holiday period. He said in a statement: “Driving is a privilege, not a right and there were some people we detected across the holidays who need to accept this and know they will be held accountable for their actions.”

What are your thoughts on this story? Do you think drivers should lose their licences if they’re caught on their phone?