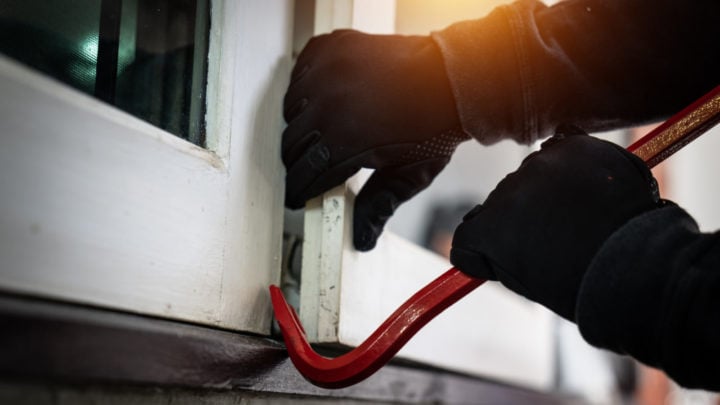 Identity theft tends to spike following natural disasters such as the devastating bushfires Australia’s currently experiencing, a legal expert has warned, cautioning anyone who has been forced to leave their home as a result of the fires to be particularly vigilant about their financial matters.

While most of us would assume that looters would target household items in home abandoned as homeowners escape the fires, Graham Doessel, the CEO of consumer and financial law firm MyCRA Lawyers, says that modern-day thieves are far more interested in personal documents than electrical goods.

Rather than going to the effort of forcing their way into an abandoned home, new-age looters target the mailbox, stealing any documents containing personal information, that they then use to apply for credit cards and loans in the householder’s name. The looters benefit from the fact that damaged homes are often left empty for months before the homeowners return, meaning many victims remain unaware their identify has been stolen.

“They don’t even need a driver’s licence,” Doessel explains. “A rates notice, a bank statement and some other bill along with your birthday from your social media profile is probably all that’s required to take out some sort of online loan.”

It’s not just an Australian issue. The US Federal Emergency Management Agency, which deals with natural disasters, warned residents impacted by severe flooding in Texas in June 2019 to be on the alert for potential fraud against their identity. After floods in Louisiana in 2016, one woman stole the identities of 55 people in order to make claims for disaster assistance funds in their names. Meanwhile, US security business Cyber Scout says fraudsters will even use identifying documents swept away in flood waters or dispersed by tornadoes to steal identities.

In Australia, MyCRA’s Doessel says he’s seen instances where identity fraudsters have gone to the extent of contacting professional credit agencies to asking for previous payment defaults to be removed from a victim’s file in an attempt to improve the victim’s credit rating so larger loans can be taken out in their name. Doessel says that the audacity of these advanced looting techniques against already vulnerable victims is “staggering”.

The looting is usually coordinated by organised crime gangs that use the turmoil ignited by natural disasters such as bushfires, cyclones and floods to cover their activities, he adds, noting that an experienced identity fraudster could potentially steal thousands of dollars in a matter of hours if they were able to locate the right documents. It’s a problem that contributes to the $3 billion a year identity fraud problem in Australia, which impacts about two million Australians in some way according to ABS.

Doessel advises people who’ve evacuated their homes in the fires to complete a credit check as soon as is practical, to ensure their files aren’t being targeted by identity thieves. By law, credit reporting bodies must provide everyone with a complimentary check of their credit file every 12 months, which people are urged to take advantage of following a forced house evacuation or indeed any time their house is vacated for an extended period of time.

The Australian Securities and Investments Authority’s site explains how to obtain a free credit check.

If you are absent from your home for an extended period, you may want to consider switching to online billing and statements with your financial and utilities providers, and make regular checks of your accounts for any unusual transactions. If you do uncover suspicious transactions, you can read more here about the next steps to take.

The Department of Home Affairs has created several avenues of support for those who do fall victim to identity theft, including iDcare, which offers a free support service to assist victims in repairing any damage to their credit history and identity records. The department also allows people to apply for a Commonwealth Victim’s Certificate that officially states the victim’s name and circumstances in order to allow them to reapply to organisations such as banks or credit agencies without fear of being rejected.

Meanwhile, police are on the alert for old-style looting in bushfire-affected areas, and have already laid looting charges, particularly on the south coast. Most recently, the ABC reported that a man and a woman pleaded guilty to multiple charges after being caught stealing from a fire-damaged electrical store in Bateman’s Bay. The woman’s lawyer said that hers was an opportunistic crime committed when the local community was vulnerable.

Did you think looting could ever get to this point?