‘The rookie travel mistake that made me appreciate airline customer service’ 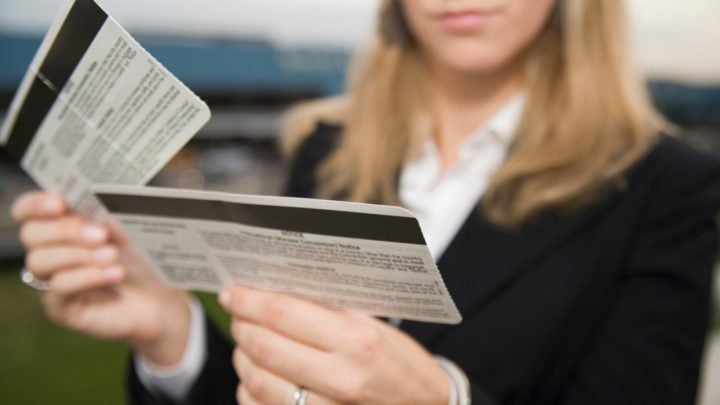 "I'm sorry ma'am, it looks like you've turned up a whole month early for your trip". Source: Getty Images

Recently, with familiar light-footed glee, I set off for Cairns airport. I was heading from far north Queensland to spend three weeks with fellow walking friends, hiking around Wilson’s Promontory in Victoria and then doing the Three Capes Walk in Tasmania. Wheeeee! I had (uncharacteristically) scored a brilliant fare to Melbourne on our low-cost carrier, Tiger Airways; the sun was shining, and I was feeling smugly self-satisfied.

Despite arriving at the airport well within the recommended time frame, I still found myself becoming twitchy as the queue for check-in proceeded at snail’s pace. As it is wont to do, stress slowly but surely annihilated my joie de vivre and colluding clocks began racing. It seemed to me that international travellers were causing delays, in a range of creative ways.

At one counter, a foreign family appeared at a complete loss as to what was being communicated, when each piece of their hand luggage was overweight. (What on earth could this staff member be miming, when she frowns, makes a two-armed X over the bag, says “No!”, shakes her head and points emphatically at the weight indicated digitally on the counter?!) They moved back from the counter and chatted amongst themselves, smiling (yes, smiling! What lightness were they able to perceive in this scenario?) and waiting for their ‘situation’ to just somehow resolve itself. I gave up on that desk.

At the next, another foreign family had been given their boarding passes and, before moving on, took great pains to store them carefully in their hand luggage and then conferred amongst themselves as to what their breakfast options might be (I’m guessing here); finally they took charge of their wheelie bags, but set conflicting courses and promptly crashed. I wanted to step on them.

They were followed in the queue by a trio of male foreigners who were required to do some weight shifting between cabin luggage. Electrical cords would make the required difference, they decided: the third man would carry the cords of the other two. Man Three may have been able to accommodate the extra weight, but not the volume. The reluctant (or unwelcome?) cords squirmed and thrashed, desperately forcing their way back out through any available space. The mean-spirited thought occurred: if he’d been looking at what he was doing, instead of jabbering on to the others, he may have succeeded a tad more promptly. I didn’t see that situation resolved because, thankfully, another counter became available and it was finally my turn.

I took it purposefully. This was my opportunity to model brisk, efficient passenger behaviour at check-in. Just watch and learn, people behind me. With the deftness of a ninja card-sharp, I dealt my documents, confident of a 10-second exchange. But … tap, tap, tap, frown. “Are you sure you aren’t booked under another name? No?” Tap, tap, tap … This didn’t bode well and, the news was indeed bad. The booking I’d made was for exactly one month hence. Nooo! I’m so sorry, people behind me!

Counter Woman was clearly pleased to have worked out the problem and then keen to move me along. “But I have to catch this flight. What can I do?” I wailed pointlessly. Her thoughts were loud and clear: “Stiff titties, lady — not my problem. Next!” but, on request, she did give me a Tiger number to ring. I moved aside, dripping sweat. I knew that what I wanted to happen was impossible in these modern times of internet bookings only, and with an ever-diminishing window of time now before check-in closed. But call I did and I have nothing but praise for the Tiger who picked up — in fact, yes, I also have reverence…

“I will do what I can for you,” said the man on the end of the line. And, 30 seconds later, “Can you get me a ground staff member?”

Counter Woman did not want to deal with me again and pinned me to the side of the queue with a dark look. Three foreign customers later she took the call and, hey presto, soon she was on board. Tap, tap tap … “It will cost you an extra $150.” Only $150? I was soooo grateful. But no, check-in was not done with me yet — the computer was saying all sorts of “No!” to issuing a boarding pass, and IT support was required. I couldn’t look at the queue behind me. I had taken so much more check-in time than Family One, Family Two and Male Trio combined.

Finally it was done and I was on my way — significantly humbled, very appreciative and, once again, expansively tolerant of foreign travellers.

Have you ever encountered any difficulty with your travel arrangements? What’s your most embarrassing travel moment?

Keen to share your travels with other 60-pluses? You can sign up as a contributor and submit your stories to Starts at 60. While you’re at it, why not join the Starts at 60 Bloggers Club on Facebook here to talk to other writers in the Starts at 60 community and learn more about how to write for Starts at 60. Community blogs published on the website go into the draw for some great weekly prizes.