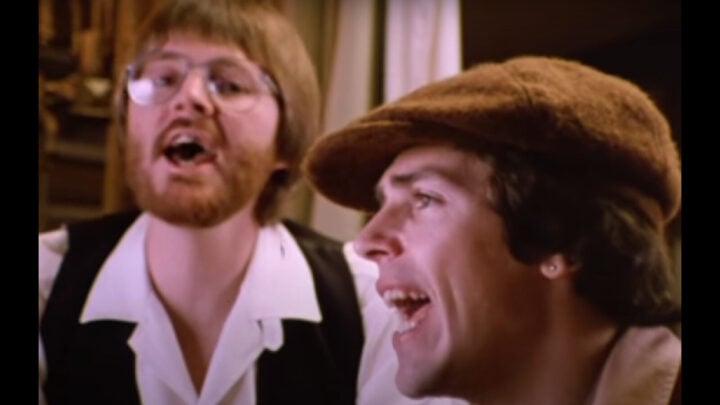 So, how many of you read my last article and finished off the Addam’s Family theme song, including the double finger clicks?  And how many of you, on the same day, couldn’t remember where you left your glasses?  How is it that the theme song from a forty-year-old TV show came automatically, yet something as recent and seemingly important as the position of your glasses never made it across those critical neuronal synapses?

Music has the ability to activate both the right and left hemispheres of the brain at the same time, increasing the brain’s capability of learning and retention.  Think about the jingles that clever marketing executives put together over their lunchtime meetings that live on in the memory, long after the advertisement has been neatly filed in the circular bin.  Louie the Fly is a classic.  The concept was thought up by Bryce Courtenay in 1957 and drawn by Geoff Pike, while the iconic tune was penned by James White.  Mortein pulled the ad around 2011 but such is its fame, that it still almost rivals Waltzing Matilda as a contender for the national anthem.

I am sure most of you will recall some of the jingles, poems or mnemonics* we learnt to help us remember important information at school, with probably the earliest one being the alphabet, learned via the ABC song.  The Periodic Table Song has helped many chemistry students while even Hannah Montana made up a song about the body’s anatomy called The Bone Dance.  Studies with young children have shown the brain’s amazing ability to learn a telephone number put to a melody far quicker than for those children who were presented with a spoken version of the number; how many of you remember the Reading, Writing Hotline phone number, despite never having to use it?

An interesting study in the Journal of Prevention of Alzheimer’s Disease states that music is stored in a part of the brain that is not affected by either Alzheimer’s Disease or dementia with the prefrontal cortex being a part of the brain that Alzheimer’s seems to touch last.  This prefrontal cortex is associated with memory that is triggered by music.  In around 2010, Dan Cohen, an American social worker, passionate about music therapy, asked a documentary film-maker to accompany him as he visited various nursing homes demonstrating the effect that playing favourite music via iPods, had on the quality of life of patients, as reflected in their mood and behaviour.  The families of these patients who initially appeared to have little connection with the world and themselves were contacted, requesting a playlist of favourite songs.

The filmmaker was so amazed by the positive results, that he ended up following the social worker for four years and made the film Alive Inside.  The music that you listen to and love in your teens is the music that will remain with you for the rest of your life, embedded in your memory at the crucial time when you and your brain are determining just who you are.  For Alzheimer’s and dementia patients, this music opens the rusty gates of their memory taking them back to a watershed time in their lives.

Favourite songs and or tunes that are associated with important memories trigger the recall of lyrics and importantly, the experience connected with that piece of music.  In 1978, the Little River Band with their song Reminiscing summed it up nicely:

‘Now as the years roll on, each time we hear our favourite song,
the memories come along, older times we’re missing, spending the hours reminiscing.’   (You’re humming it aren’t you?)

Just as smells can trigger the full gambit of emotions, so too can music.   Whenever I hear Danny Boy, I hear my mum playing it on the piano, while another friend hears his father singing it to him as a young boy.  Strong emotional links.  It doesn’t explain my tears when the bagpipe band marches past on ANZAC day – unless there is some kilt-wearing, haggis eating ancestor who pillaged the lowlands in my genetic history!

Of course, when you are talking about remembering theme songs to TV shows, it is the repeated exposure to these theme songs that also drummed the lyrics or tune into your auditory cortex.  So, unless you can make up a song about where you put your glasses and sing it to yourself 100 times, you can be forgiven (mostly) for your memory lapse.  ‘Be in the moment’, as my friend tells me.

* mnemonic – a system such as a pattern of letters, ideas, or associations which assists in remembering something  (Oxford Dictionary)